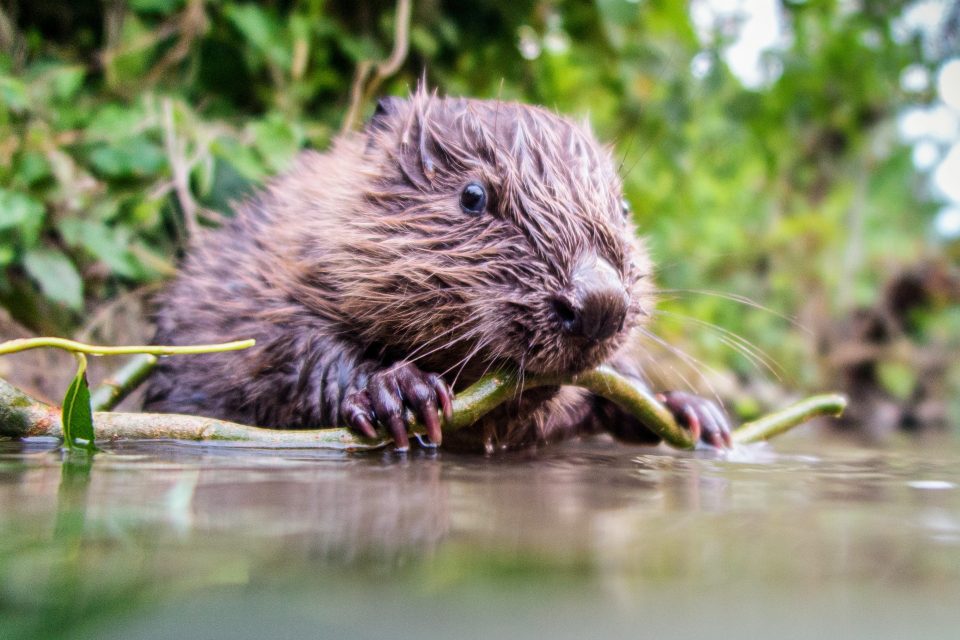 Beavers can help support amphibians that are threatened by climate change, according to a study from Washington State University. The researchers found that unique habitats created by beaver dams are ideal for aquatic species that need still or slow-moving water for breeding.

“Although North American beavers and Eurasian beavers both hold great potential for landscape‐scale benefits, more information about the interactions between beavers and wildlife is necessary to maximize the ecological benefits and minimize the social and ecological costs of beaver‐centred management.”

Across the Gifford Pinchot National Forest of the Cascade Range, the researchers identified 49 study sites either with or without beaver dams. The investigation revealed that the beaver-dammed sites had 2.7 times greater amphibian diversity than the undammed sites.

Some types of amphibians that develop more slowly, such as red-legged frogs and northwestern salamanders, were found almost exclusively in dammed sites.

“Beaver-dammed wetlands support more of the amphibian species that need a long time to develop in water as larvae before they are able to live on land as adults,” said study co-author Professor Jonah Piovia-Scott.

In the 19th century, beavers were nearly pushed to extinction in the Pacific Northwest as a result of overhunting. Land managers are reintroducing beavers into some of the places they once occupied in an effort to mitigate the effects of climate extremes.

Red-legged frogs and northwestern salamanders are two of the amphibian species that are most threatened by climate change as conditions become increasingly dry across streams and wetlands in the Cascade Range. Beaver dams help to expand existing ponds and increase their duration, allowing the aquatic animals more time to reproduce and develop.

Professor Piovia-Scott said that beavers may be a key component of ecological resilience to climate change in these ecosystems.

“We suggest that slow‐developing amphibians and some variable‐rate developers might benefit greatly from beaver restoration, especially in areas where climate change is predicted to reduce summertime water levels,” wrote the researchers.

“Beavers could therefore be useful and important components of ecosystem‐based restoration, management, and climate adaptation, especially in parts of their native ranges in North America or Eurasia predicted to undergo climatic drying.”

The study is published in the journal Freshwater Biology.