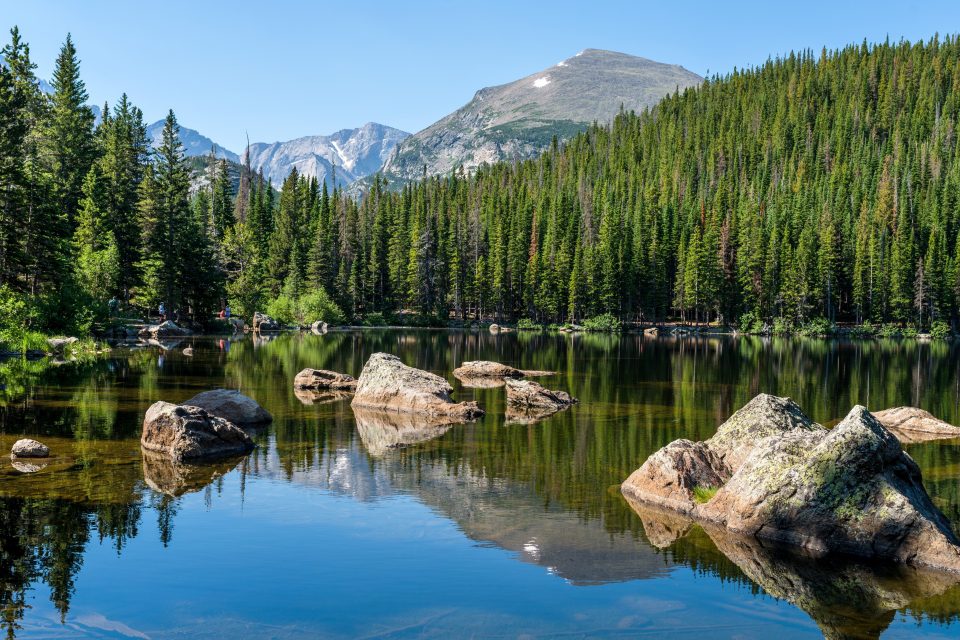 Forests in the southern Rocky Mountains have been ravaged by regional bark beetle outbreaks in recent decades. But now, in a surprising new study from Colorado State University, experts have found some silver lining. The researchers discovered that life beneath the treetops has become more abundant as a result of the destructive bark beetle epidemic.

“Bark beetle outbreaks are a central factor driving large-scale changes in structure, function, and composition of forest landscapes in western North America and in temperate conifer forests globally,” wrote the study authors. “The view of the general public and many ecosystem management practitioners holds that bark beetle outbreaks are associated with negative impacts on forest ecosystems and that control efforts should be implemented to improve forest health.”

The latest research suggests that bark beetle outbreaks create new habitats for wild pollinator communities. The experts found significant increases in wildflower and bee diversity in areas of forest that were impacted by bark beetles.

Study lead author Professor Seth Davis said it may seem counterintuitive that landscape-level damage by one type of insect could still benefit another. “Disturbances from bark beetles are typically regarded as undesirable for ecosystem function and human use, but there is conservation value in post-outbreak forests; they appear to be the areas supporting more robust bee populations.”

The bee species identified in the study are adapted to high elevations and are not found in warmer habitats. A greater presence of the bees is good news, as these and many other bee populations are in a state of decline.

In previous work conducted in high-elevation forests, Professor Davis noticed a correlation between the structure of the forest and the number and diversity of bees observed. He used his training in bark beetles to expand upon the bee diversity research.

“Disturbance studies on bees have primarily focused on fire,” said Professor Davis. “There hasn’t been a lot of research looking at bee responses to beetle outbreaks.”

For the current study, the team collected and compared data in 28 sites in north-central Colorado, including areas affected by beetles as well as undisturbed regions. Tree measurements, plant data, and bee abundance and diversity were observed for two years at three different times across each growing season.

In beetle-affected sites, average floral abundance was 67 percent higher, and the number of bee species was 37 percent greater, compared to unaffected sites.

Professor Davis is interested in exploring this topic further to better understand the relationships on a larger scale. He is interested in seeing how long certain benefits last for wild pollinator communities as forests recover from bark beetle outbreaks.