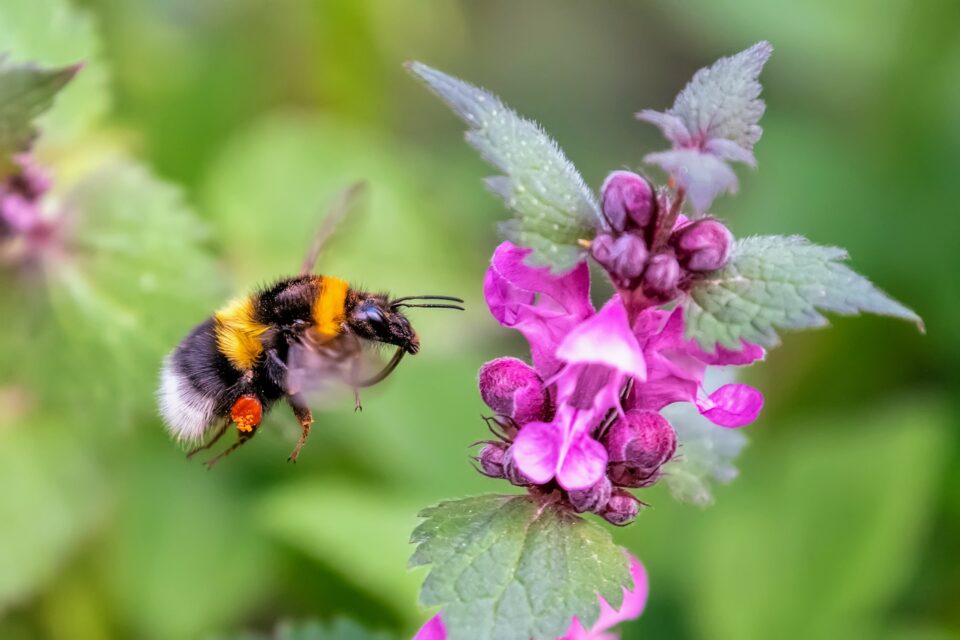 As most know, bees are important pollinators for both crops and wild plants. It’s unknown exactly how climate change may impact bees. Now, researchers from Imperial College London have examined the relationship between bee flight and temperature.

The researchers measured bumblebee motivation to fly and flight endurance under different temperatures. The research was carried out by attaching the insects to ‘flight mills’ where they could fly in controlled circles with speed and distance being recorded.

Starting with a low temperature limit of 12°C, the scientists found that bee flight performance initially increased, peaking between 25-27°C, but then started to decline with even warmer temperatures.

This suggests that climate change could actually be good news for bumblebees living in cooler areas. According to study first author Daniel Kenna, the impacts of warming climate on bees is complicated.

“Climate change is often thought of as being negative for bumblebee species, but depending on where in the world they are, our work suggests it is possible bumblebees will see benefits to aspects of an important behavior,” explained Kenna.

“However, more extreme weather events, such as cold snaps and the unprecedented heatwaves experienced in recent years, could consistently push temperatures beyond the comfortable flight range for certain species of bumblebees.”

“These risks are particularly pertinent for ‘fixed colony’ pollinators like bumblebees, which cannot shift their position within a season if conditions become unfavorable, and potentially provide a further explanation as to why losses have been observed at species’ southern range limits.”

The study found that at optimal temperatures, bees may fly as far as 3 km to forage, while under hot temperatures they only flew about 1 km, and even less and colder temperatures.

The research indicates that an increase in temperature could mean an increase in pollination in cooler areas, but could cause severe harm to bees in areas that are already warm. The full picture of what the future holds for bees remains to be seen.