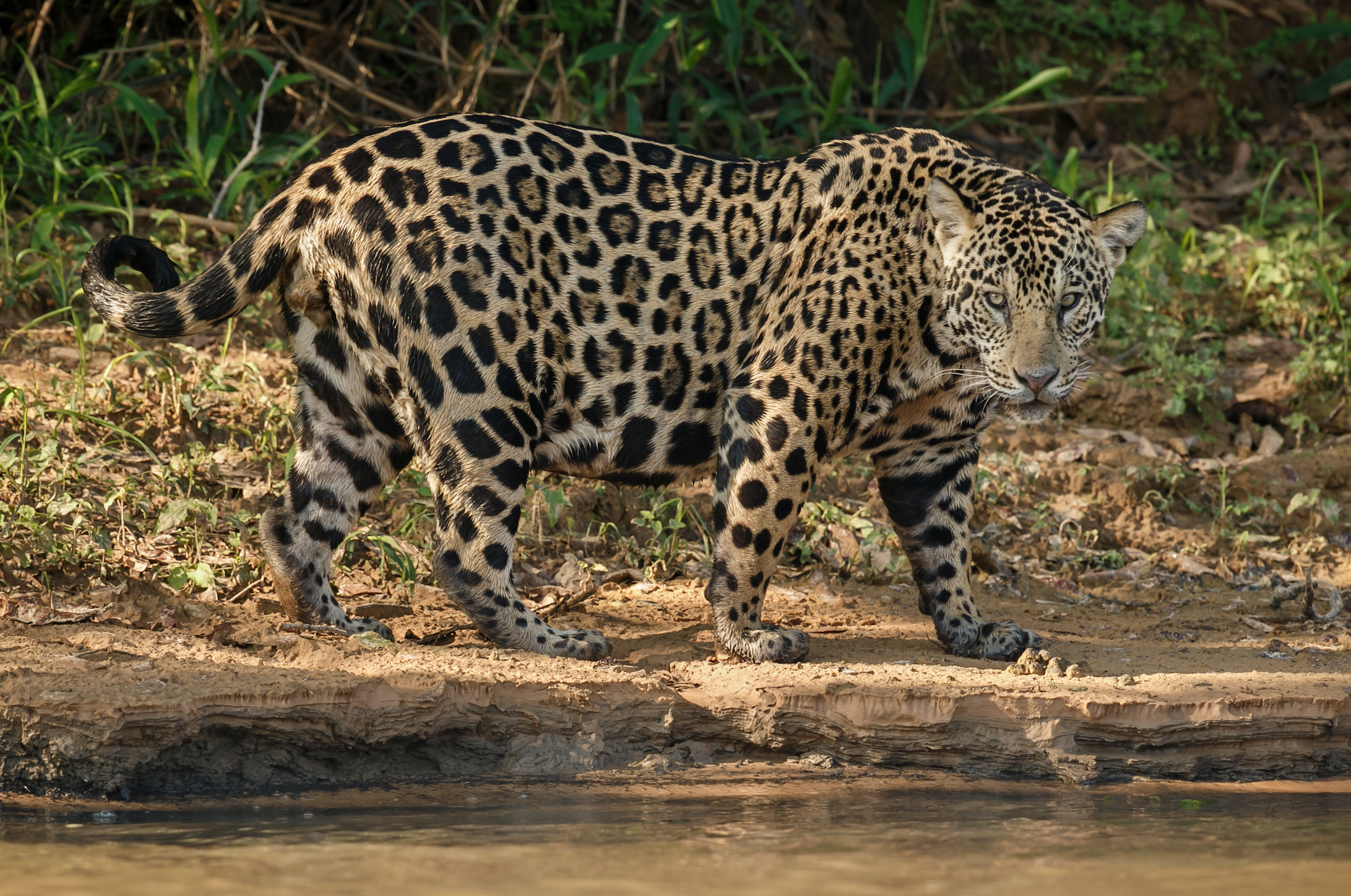 How do jaguars, hamburgers and border walls relate to each other?

Beef is usually not thought of as sustainable. Yet there has been some progress towards making beef a more sustainable enterprise.

Even in a truly sustainable beef production model, things don’t necessarily bode well for big predators. Long have predators been the bane of the rancher. Wolves were villainized throughout the US partly because they were blamed for cattle death. Wolves and their place in the western US is still incredibly contentious. The place of jaguars in the west is on even rockier terrain than that of wolves.

In 1963 a hunter shot a big cat which he thought was a big bob-cat; it turned out the man had killed a jaguar. The jaguar was heralded as the last jaguar in the US, the end of an era. Since that time, other jaguars have been seen crossing the US Mexico border but no evidence of a US breeding population has been found.

Some say, so what? Jaguars wander into the US occasionally and wander out. Their home is further south, not in most of North America. However, it’s hard to deny that historically the jaguar didn’t have a much larger home range, extending further into the US.

In Mexico as in the US, ranchers do not like jaguars. Jaguars have been poisoned and shot for as long as European cattle have been threatened by the big cats. One jaguar with a radio collar was burned to destroy evidence. Recently I saw hope of that changing. At a talk at a Tucson REI, the Northern Jaguar Project expounded on their relationship with ranchers. NJP has started paying ranchers for photos; photos of live predators. Jaguars caught with camera traps on ranchers land pay the most but there is also a reward for ocelots, bobcats and mountain lions. In the US the government and other organizations have offered reimbursement for predation by wolves and other protected predators. NJP however is the first example I know of with positive reinforcement. The project is small but it’s growing, trying to recruit and sign contracts with more ranchers even as they expand the size of a more traditional reserve.

North of the border there is no positive incentive for ranchers to abstain from killing jaguars. Then again, there aren’t a lot of jaguars in the US and making true of the threatened border wall won’t help anything. An almost negligible amount of beef in the US comes from Central and South America, so the hamburger you’re eating isn’t necessarily the problem. Beef isn’t the problem with the jaguar’s current situation. With climates trending warmer, there is the potential of more conflict between jaguars and American cattle ranchers, then that burger becomes something else. It’s my view that we shouldn’t be happy with keeping the world as it is but should be involved in making things better; better for jaguars as well as humans.