Why do bees get all the love but wasps are so despised? • Earth.com 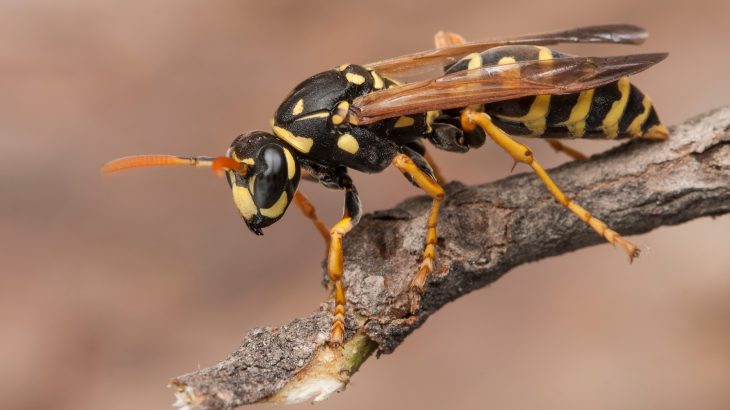 Why do bees get all the love but wasps are so despised?

Bees are dying at an alarming rate. It’s well known that bee populations are declining, and this spells disaster for our food supply and the planet’s many ecosystems. But what if I told you that wasp populations are declining in a similar fashion? Would you be equally as distraught, or would you be glad to know that those stinging, non-contributing nuisances are soon to be gone for good?

Before you begin to celebrate, you should know that both bees and wasps are two of humanity’s most ecologically and economically important species. Both insects pollinate our flowers and crops – but unlike bees, wasps also regulate populations of crop pests and insects that carry human diseases.

“It’s clear we have a very different emotional connection to wasps than to bees – we have lived in harmony with bees for a very long time, domesticating some species, but human-wasp interactions are often unpleasant as they ruin picnics and nest in our homes,” says study author, Dr. Seirian Sumner of University College London. “Despite this, we need to actively overhaul the negative image of wasps to protect the ecological benefits they bring to our planet. They are facing a similar decline to bees and that is something the world can’t afford.”

Sumner spearheaded a study, now published in Ecological Entomology, to find out why wasps are almost universally hated. The study surveyed 748 members of the public from 46 countries, asking about their perceptions of certain insects. Results showed that wasps are highly disliked across the board, but this is most likely due to a low-level interest in nature and lack of understanding about what benefits these insects actually provide to our planet.

The research team also found that wasps are not a popular insect for even other scientists to study – which doesn’t help the negative image they have in the public eye. Of 908 papers sampled by the researchers, only 2.4 percent were wasp publications, compared to 97.6 percent bee publications.

Because all insects are exposed to the threat of climate change and habitat loss, the research team advocates for maintaining insect abundance and diversity.

“Global concern about the decline of pollinators has resulted in a phenomenal level of public interest in, and support of, bees,” says co-author, Dr. Alessandro Cini of UCL. “It would be fantastic if this could be mirrored for wasps but it would need a complete cultural shift in attitudes towards wasps. The first step on the way to this would be for scientists to appreciate wasps more and provide the required research on their economic and societal value, which will then help the public understand the importance of wasps.”