Belugas have to dive deeper for food as a result of sea ice loss • Earth.com 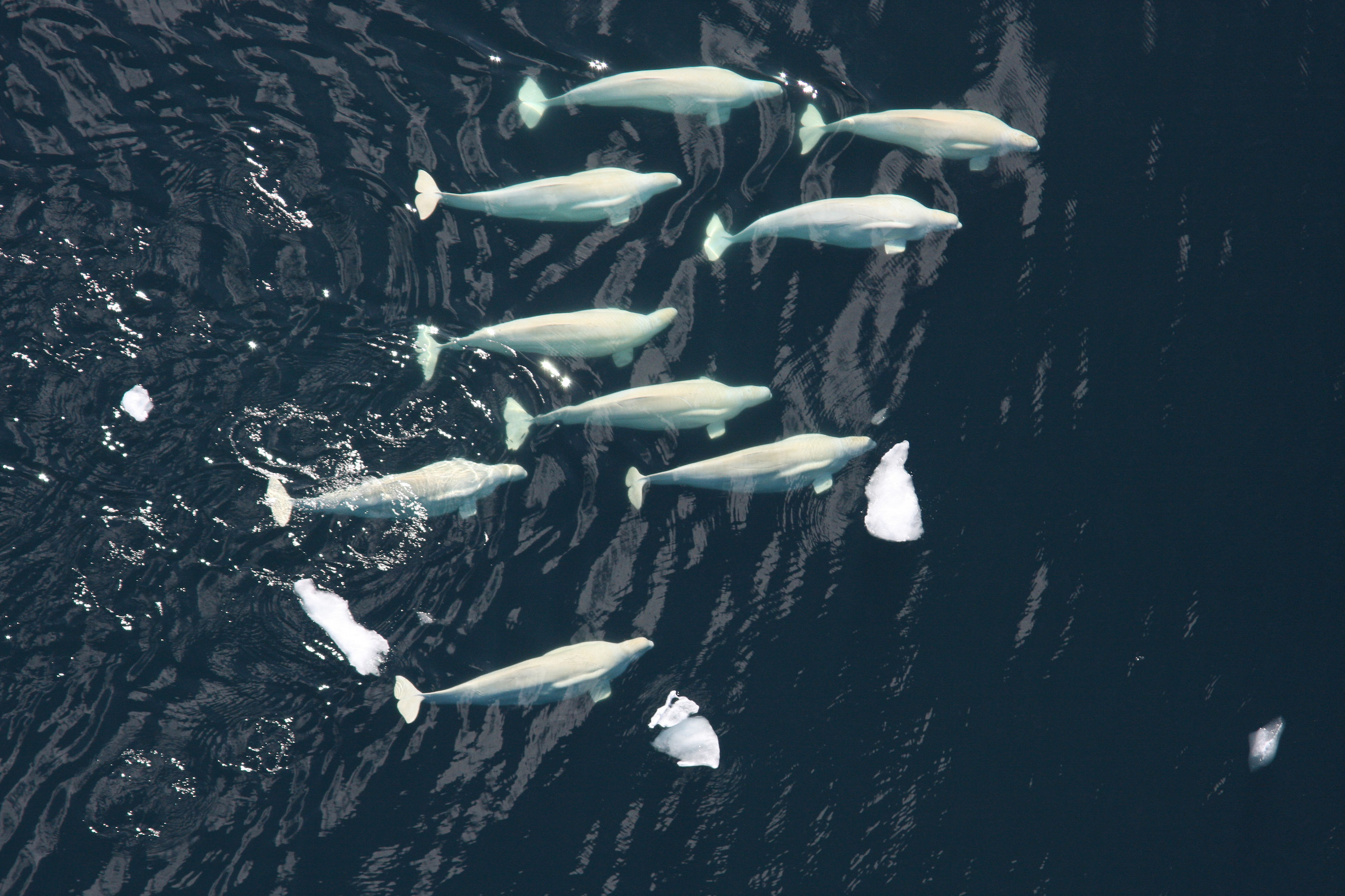 A first-ever study found that beluga whales are diving deeper and for longer periods as a result of melting sea ice caused by climate change.

Researchers from the University of Washington examined how Arctic whale species like belugas are indirectly affected by sea ice loss in the Arctic.

Their research, published in the journal Diversity and Distributions, shows that beluga whales have changed their hunting patterns in the Arctic, but whether this is a positive for the species remains to be seen.

“I think this paper is novel in that we’re presenting some of the first indirect effects of sea ice loss for an Arctic whale species,” said Donna Hauser, the study’s lead author. “As changes in sea ice affect oceanographic properties, that could be affecting the distribution, abundance or species composition of prey for belugas.”

The researchers focused on two populations of belugas who spend their winters in the Bering Sea and travel north to hunt during the summer season in the Beaufort and Chukchi seas.

The populations were monitored and tracked with satellite-linked tags during their summer migrations, and the study includes two different periods where data was collected from.

This allowed the researchers to observe how the changing landscape and sea ice loss affected the populations during their summer hunting season.

“We have documented loss of sea ice and reductions of habitat for Arctic marine mammals across most of the circumpolar Arctic, so this area is not unique,” said Kristin Laidre, a co-author of the research. “We’re seeing this ice loss broadly in all areas where belugas occur.”

For the population whose tags recorded dive depth, the Chukchi belugas, the loss of sea ice caused the later populations to dive deeper to get food.

Average dive depth between the early and late periods changed from 164 feet to 210 feet, and the Chukchi belugas dove around three times a day for longer periods than in earlier years.

The researchers say this change is likely because the prey that belugas hunt are affected by the loss of sea ice and have either been dispersed or driven deeper in response.

There’s also a possibility that this is good news for the beluga populations.

“Reduced sea ice cover over a longer period over the summer could mean improved foraging for belugas,” said Hauser. “But it’s also important to recognize these changes in diving behavior are energetically costly.”

Whether the loss of sea ice is benefitting beluga whale populations is still not yet clear, and further research will be needed in order to fully understand the indirect ramification sea ice loss has on Arctic habitats and wildlife.