The benefits of urban agriculture may be greater than we thought • Earth.com 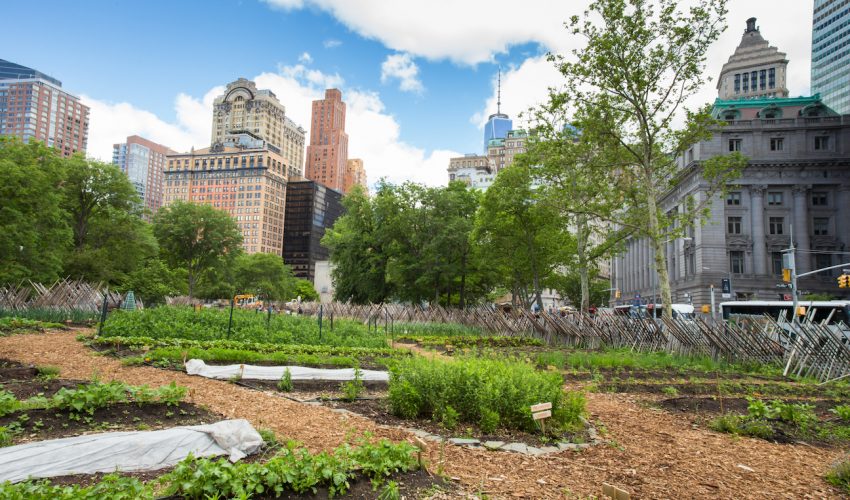 The benefits of urban agriculture may be greater than we thought

The phenomenon of urban agriculture has become increasingly more apparent over the years – whether the gardens and plants themselves are community projects or simply provide some greenery to the drab concrete and brick. While it may seem that the benefits of these plantings are only local and somewhat limited, they may actually provide a significant environmental impact when considered collectively.

New research from collaboration between Arizona State University and Google provides an assessment of the value of urban agriculture, and the benefits it provides on a global scale. The findings are presented in “A Global Geospatial Ecosystems Services Estimate of Urban Agriculture,” in the current issue of Earth’s Future.

“For the first time, we have a data-driven approach that quantifies the ecosystem benefits from urban agriculture,” says Matei Georgescu, an ASU associate professor of geographical sciences and urban planning and corresponding author of the paper. “Our estimates of ecosystem services show potential for millions of tons of food production, thousands of tons of nitrogen sequestration, billions of kilowatt hours of energy savings and billions of cubic meters of avoided storm runoff from agriculture in urban areas.”

Using the Google Earth Engine, the researchers analyzed global population, urban, meteorological, terrain, and Good and Agricultural Organization (FAO) datasets to arrive at their global scale estimates – and then aggregated them by country. The estimated value of four ecosystems services resulting from existing vegetation in urban areas was found to be roughly $33 billion. This includes a projected annual food production of 100 to 180 million tons and energy savings of 14 to 15 billion kilowatt-hours.

If urban agriculture is implemented on a global scale, the overall annual worth is estimated to be as much as $80 to $160 billion, and could help feed a world that faces future challenges to industrial agriculture as a result of climate change. “We’ve known there are benefits to having these small plots of land in our cities, but we found that the benefits extend well beyond having fresh food in the hands of those who will consume it,” explains lead author Nicholas Clinton of Google, Inc. These benefits include improved access to healthy foods, and increased urban nitrogen fixation, pollination and control of storm water runoff, among others.

“Relatively temperate, developed or developing countries with the right mix of crops are expected to have the greatest incentives for urban agriculture,” he said. “These would include China, Japan, Germany and the U.S.,” says Clinton.

Overall, the research team found that the environmental and societal benefits of urban agriculture extend well beyond what we once previously thought. It would stand for the benefit of everyone if cities and countries looked to improve their urban agricultural efforts.