Best conditions for growing crops in the Midwest are moving north • Earth.com 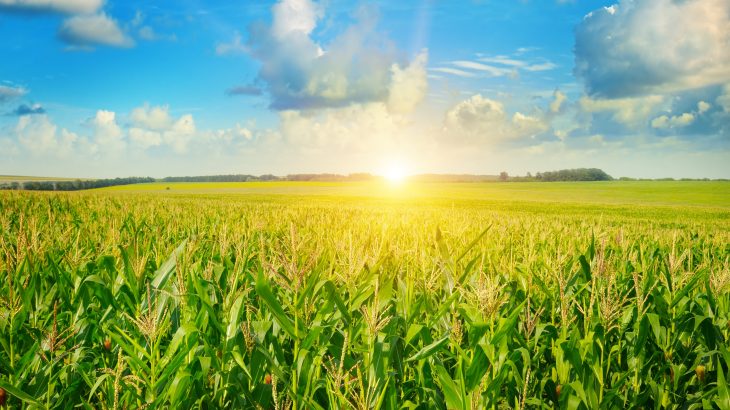 Best conditions for growing crops in the Midwest are moving north

The best conditions for crop production in the Midwest are moving north and west as a result of climate change, according to a new study from Penn State. The researchers found that if temperatures continue to rise at the current rate, the best spots for growing corn and soybeans will shift from Iowa and Illinois to Minnesota and the Dakotas over the next five decades.

The experts used machine learning to analyze more than three decades of crop-yield data from the U.S. Department of Agriculture’s National Agricultural Statistics Service. The data covered counties across 18 states in the central U.S. where the majority of soybean and corn production takes place.

The researchers combined crop yields, weather data, and climate variables to establish yield predictors specific to each of the crop-growing phases.

The team also investigated how the climate affected corn, sorghum, and soybean grain yield from 1980 to 2016.

Study co-author Armen Kemanian is an associate professor of Production Systems and Modeling in the College of Agricultural Sciences.

“This kind of research was impossible before the era of big data we are living in now, and of course, it can be done only by using the powerful computing capacity that we can access at Penn State,” said Professor Kemanian.

“This study is important because in a climate that is changing relatively quickly, these techniques allow us to foresee what may happen.”

Study lead author Alexis Hoffman said the findings do not necessarily mean that the shift north and west in corn and soybean production will occur. However, the research shows that such a shift is already underway, and there is a strong probability it will continue.

“We are not suggesting that such a shift would be a catastrophe,” said Professor Kemanian. “It doesn’t mean that Iowa will stop producing crops, but it might mean that Iowa farmers adapt to a warmer climate producing two crops in a year or a different mix of crops instead of the dominant corn-soybean rotation. The changes are likely to be gradual, and farmers and the supply chain should be able to adapt. But things will change.”

According to Hoffman, one of the most revealing results of the study is that corn, sorghum, and soybean crops have distinct responses to humidity and temperature. Overall, corn needs more humidity, sorghum tolerates higher temperatures, and soybean falls somewhere in between.

Hoffman noted that corn had a uniquely strong response of increased yield to increasing atmospheric humidity, as well as a strong sensitivity to extreme temperatures.

“Humidity is a factor for all crops studied, but what the data are telling us is that it is more of a factor for corn than it is for soybean or sorghum, and in a very narrow time window,” said Hoffman. “And by humidity, we mean that soils might be moist, but the data is showing that moisture in the air matters, regardless. That wasn’t known before.”

Soybean, however, had a strong response to both maximum and minimum temperatures.

“All crops had threshold-like responses to high temperature, though we documented a comparatively greater tolerance to high temperature for sorghum at 90.5 F versus a range of 84.2 to 86 F for corn and soybean,” said Hoffman. “We did not describe that response – machine learning revealed it for us.”

Professor Kemanian said the research may have implications for companies selling crop insurance.

“High-temperature swings are damaging. Learning when and by how much for both corn and soybean is critically important,” he explained. “Crop insurance companies have an interest in this because they need to assess the risk of a given stress happening and how much they will pay as a result.”