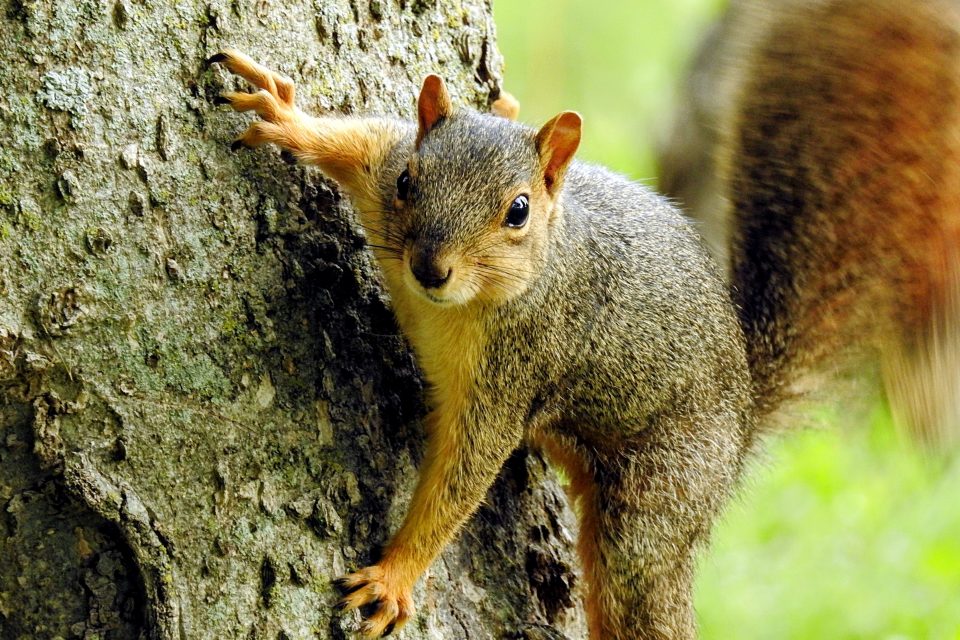 A new study from the University of Edinburgh has revealed that squirrels have bigger brains than their closest living relatives, mountain beavers, which live in burrows.

According to the researchers, greater brain power has given squirrels key abilities that are needed to thrive in woodland habitats, including better vision, motor skills, and head and eye movements.

The study is providing brand new insight into how the brain of rodents have changed since they evolved around 50 million years ago.

Rodents are a diverse group of animals that make up more than 40 percent of all mammals. By looking into the brain size of extinct rodent species, the experts were able to uncover important changes that have taken place in key parts of the brain.

The researchers used CT scans of skulls from 38 living and extinct rodent species to examine gradual changes in the brain. The results of their analysis show that the size of the overall brains, as well as specific brain regions, have been shaped by the body mass, lifestyle, and evolutionary history of the rodents.

For example, the relative brain size of tree squirrels has increased over time, driven largely by a sharp decline in their body mass, said the researchers.

The experts also found that two key regions of the brain – which are involved with vision, motor skills, and tracking moving objects – have grown larger among tree squirrels.

The researchers noted that the enlargement of these two regions has helped tree-dwelling rodents adapt to life in complex environments.

By contrast, these parts of the brain were found to be smaller in mountain beavers, as well as some extinct burrowing species of rodents. This is likely because vision is less crucial for animals that spend most of their time underground with little light.

“Squirrels’ ancestors were at an important juncture 34 million years ago. They were smaller than their closest extinct relatives, and there were far fewer primates living in trees than today, which opened up a new niche for them,” explained study lead author Dr. Ornella Bertrand.

“When trees became available to them, squirrels’ ancestors seized the opportunity. This transition was a key evolutionary step for squirrels as it enabled them to acquire larger and more complex brains.”