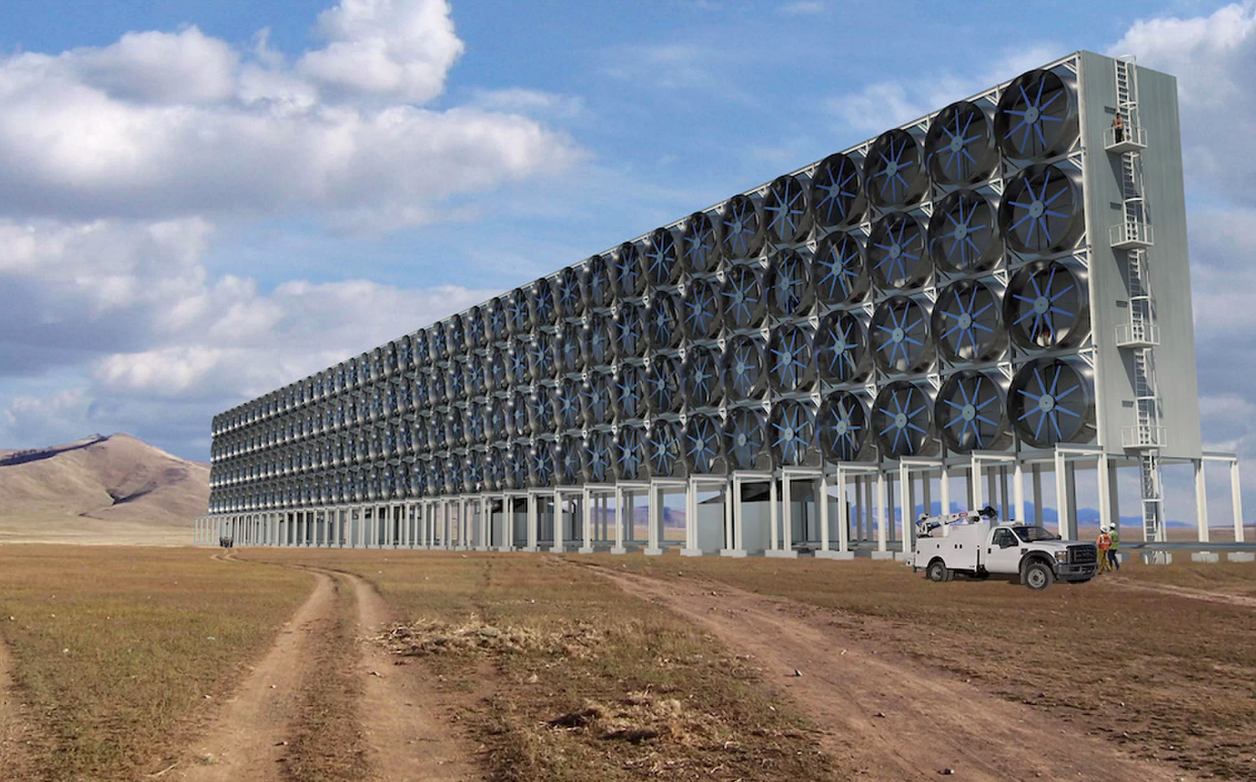 As you read this, vast amounts of carbon dioxide are being pumped into the air by industrial practices and the vehicles that fill up our roads. The contribution of this gas to climate change is significant, and it doesn’t seem to be halting anytime soon. But in a response to these emissions, Carbon Engineering – a Canadian-based clean energy company – has outlined the design of a large industrial plant that is capable of capturing carbon dioxide from the atmosphere at a cost of $94 to $232 per ton.

Previous estimates for the cost of extracting greenhouse gases from the air were around $600 per ton, according to the American Physical Society. This price point proposed by Carbon Engineering would be well below that.

“I hope to show that this as a viable energy industrial technology, not something that is a magic bullet … but something that is completely doable,” says David Keith, a Harvard University physics professor and founder of the company.

Carbon Engineering has around 40 employees, and produces about a ton of carbon dioxide per day from their experimental plant. The company is owned by several private investors, including famous billionaire Bill Gates.

The technology for this project, outlined in the journal Joule, makes synthetic fuels using only water, air, and renewable power. Keith believes that an industrial-scale plant would be able to make fuel at a dollar per liter, which would be competitive in California, where fuel prices are high due to the effort to reduce car pollution through low carbon fuel standards. An industrial plant could potentially capture a million tons of carbon dioxide per year, which is equivalent to the emissions of 250,000 cars.

Other experts commend the study as an advancement in clearing up major uncertainties about the costs of “direct air capture.” Reports from the United Nations suggest that governments may have to deploy similar technologies sometime this century in order to remove carbon from the atmosphere and bury it to limit global warming as part of the 2015 Paris climate agreement.

“Direct air capture is a politically promising route for carbon dioxide removal,” says Oliver Geden, of the German Institute for International and Security Affairs. One of the many benefits is that an air capture plant could be built almost anywhere, as it would not impact farmland – unlike the planting of forests to take in carbon dioxide.

As we look to combat climate change in the future, these efforts will involve not only limiting our emissions, but finding ways to reverse the damage we’ve already done.