Billions of tons of plastic have been made, most of it thrown out • Earth.com 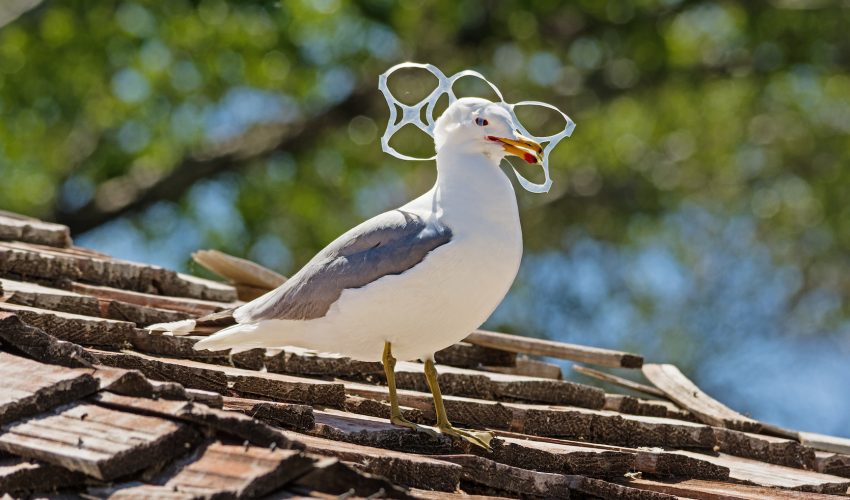 Billions of tons of plastic have been made, most of it thrown out

In an effort to lay the groundwork for better management of sustainable materials, a team of researchers calculated the total amount of plastics ever produced. According to the study, humans have produced 8.3 billion metric tons of plastics since the early 1950s, and almost 80 percent of it has accumulated in landfills or elsewhere in the natural environment.

Scientists from the University of Georgia, the University of California, Santa Barbara and Sea Education Association teamed up to develop the first global assessment of how much plastic has been produced, how it was used, and where it ended up.

According to the research, 6.3 of the 8.3 billion metric tons of plastics had already become waste by 2015. 9 percent of the plastic waste was recycled, 12 percent was incinerated, and 79 percent was piled up in landfills or in the natural environment. At the current rate, approximately 12 billion metric tons of plastic waste will be in landfills or the natural environment by 2050. This amount of waste would be around 35,000 times as heavy as the Empire State Building.

“Most plastics don’t biodegrade in any meaningful sense, so the plastic waste humans have generated could be with us for hundreds or even thousands of years,” said co-author Jenna Jambeck.

“Roughly half of all the steel we make goes into construction, so it will have decades of use – plastic is the opposite,” said lead author Roland Geyer. “Half of all plastics become waste after four or fewer years of use.”

This research team worked together previously on a study that investigated the amount of plastic waste in the Earth’s oceans. The analysis revealed that 8 million metric tons of plastic made its way into the oceans in 2010.

“There are people alive today who remember a world without plastics,” Jambeck said. “But they have become so ubiquitous that you can’t go anywhere without finding plastic waste in our environment, including our oceans.”

The results of the study, published today in the journal Science Advances, show that plastic production continues to speed up. Almost half of plastics produced from 1950 to 2015 were generated in the last 13 years. The researchers recommend better control of plastic use and closer examination of its recyclable value. 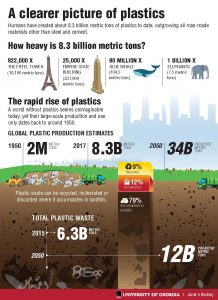