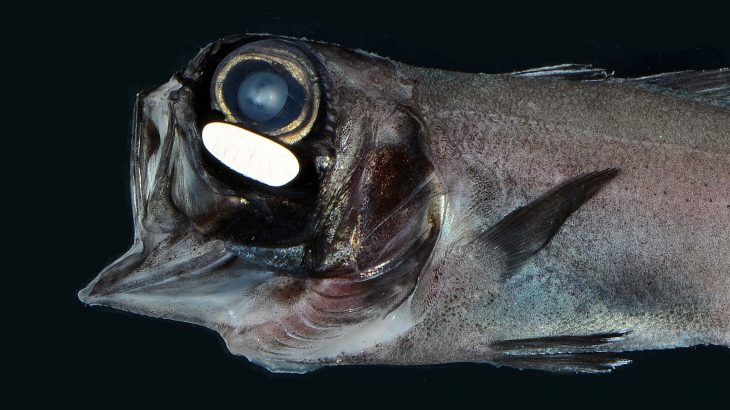 According to a new study from David Gruber of City University of New York, Anomalops katoptron, also called flashlight fish, use bioluminescent organs located under its eyes to maintain their schools at night.

“Over 25% of fish species exhibit collective schooling behavior, but schooling based on bioluminescent signaling has not previously been demonstrated,” Gruber said. He and his colleagues used low-light video to film the flashlight fish at night during three expeditions to the Solomon Islands between 2013 and 2016.

Based on their observations, the research team was able to create a model to simulate the movement of the flashlight fish schools based on individual fish actions, including cohesion, separation, and alignment, as well as water friction and resistance.

Using the model, the team found that less than 5% of schooling flashlight fish needed to flash their organs for the school to be maintained in dark conditions. And this low number could most likely be explained as a predator-avoidance strategy.

“Being in the middle of one of these bioluminescing schools was one of the most magical things I’ve ever experienced as a marine biologist,” Gruber said per the study published in PLOS ONE. “It was like an Avatar moment as we watched rivers of bioluminescing fish merge like a blue-brick road and flow down the reef.”