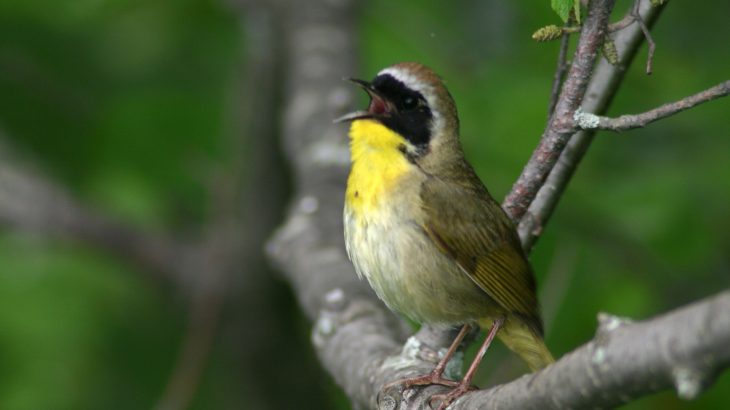 Experts at the University of Alberta have tested a new statistical method to better estimate the size of bird populations. While bird surveys tend to underestimate bird abundance, the new technique will allow for more accuracy.

A team led by Péter Sólymos has evaluated a type of mathematical model called a “removal model” using bird count data for 152 species from the Boreal Avian Modelling Project (BAM). This project covers regions of Canada, Alaska, and the northeastern United States.

The researchers found that the accuracy of models could be improved by accounting for variation in birds’ singing behavior. The likelihood that birds will sing changes over the course of the day and the year, which affects how easy they are to detect.

“The chances of spotting something–a coin on the pavement, a bear in the mountains, or the apricot jam in the freezer – increases with effort,” explained Sólymos. “The more we walk, travel, look, or listen, the more things we find, but there is also a tradeoff between the number of places one can do a search and the length of the searches. Such decisions drive how long field biologists conduct bird counting at a given place.”

“In our study, we looked at how the duration of counting influenced finding different bird species at different times of the day and the year. We also wanted to find the best way of how to standardize for different count durations and how to use these findings to provide better estimates of bird population sizes.”

Calculating the numbers of individuals in certain bird species is very important for conservation efforts. This new approach offers a way to combine data from surveys that were not standardized in their design.

“Population size of different species is one of the key metrics that affects their conservation importance, but estimating population size is a very challenging task that involves numerous assumptions,” said Sólymos. “Besides the ability to hopefully provide more accurate population size estimates, our modeling approach and findings can also help in timing of bird surveys to maximize the number of species detected.”

Jeff Wells is the Science and Policy Director of the Boreal Songbird Initiative, who was not involved in the research.

“While the authors of this study present the results of a rigorous comparison of modeling techniques to achieve better estimates of bird abundance from point counts, they also provide clear and simple recommendations on how and when to apply their findings to any study that expects to use time-interval point counts,” said Wells. “This is a rich contribution not only to avian research methodology, but in the long run, also to bird conservation.”