Over 4 billion birds arrive in the U.S. during fall migration • Earth.com 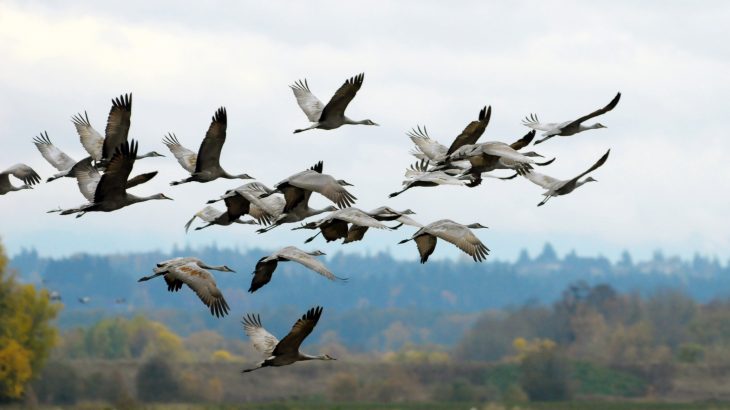 Over 4 billion birds arrive in the U.S. during fall migration

Experts at Cornell University used data from 143 weather radar stations across the continental United States to estimate how many birds migrate across the country during fall migration. The researchers also investigated the effects that these long, nighttime journeys may have on the birds.

“We’ve discovered that each autumn, an average of 4 billion birds move south from Canada into the U.S. At the same time, another 4.7 billion birds leave the U.S. over the southern border, heading to the tropics,” said study lead author Adriaan Dokter. “In the spring, 3.5 billion birds cross back into the U.S. from points south, and 2.6 billion birds return to Canada across the northern U.S. border.”

For their investigation, the researchers used complicated algorithms to measure differences in the biomass that is picked up by weather radar. The number of birds could be calculated, for example, by subtracting the mass of insects and weather from the total mass of organisms in a given region.

The measurements across the southern border captured data on migrant birds that breed in the U.S. and spend their winters in places such as Central or South America, including warblers, orioles, and tanagers. According to the researchers, the higher mortality among birds wintering in the U.S. may be explained by the increased number of threats that they face.

“All birds need suitable habitats with enough resources to get them through the winter,” said study co-author Ken Rosenberg. “Birds wintering in the U.S. may have more habitat disturbances and more buildings to crash into, and they might not be adapted for that.”