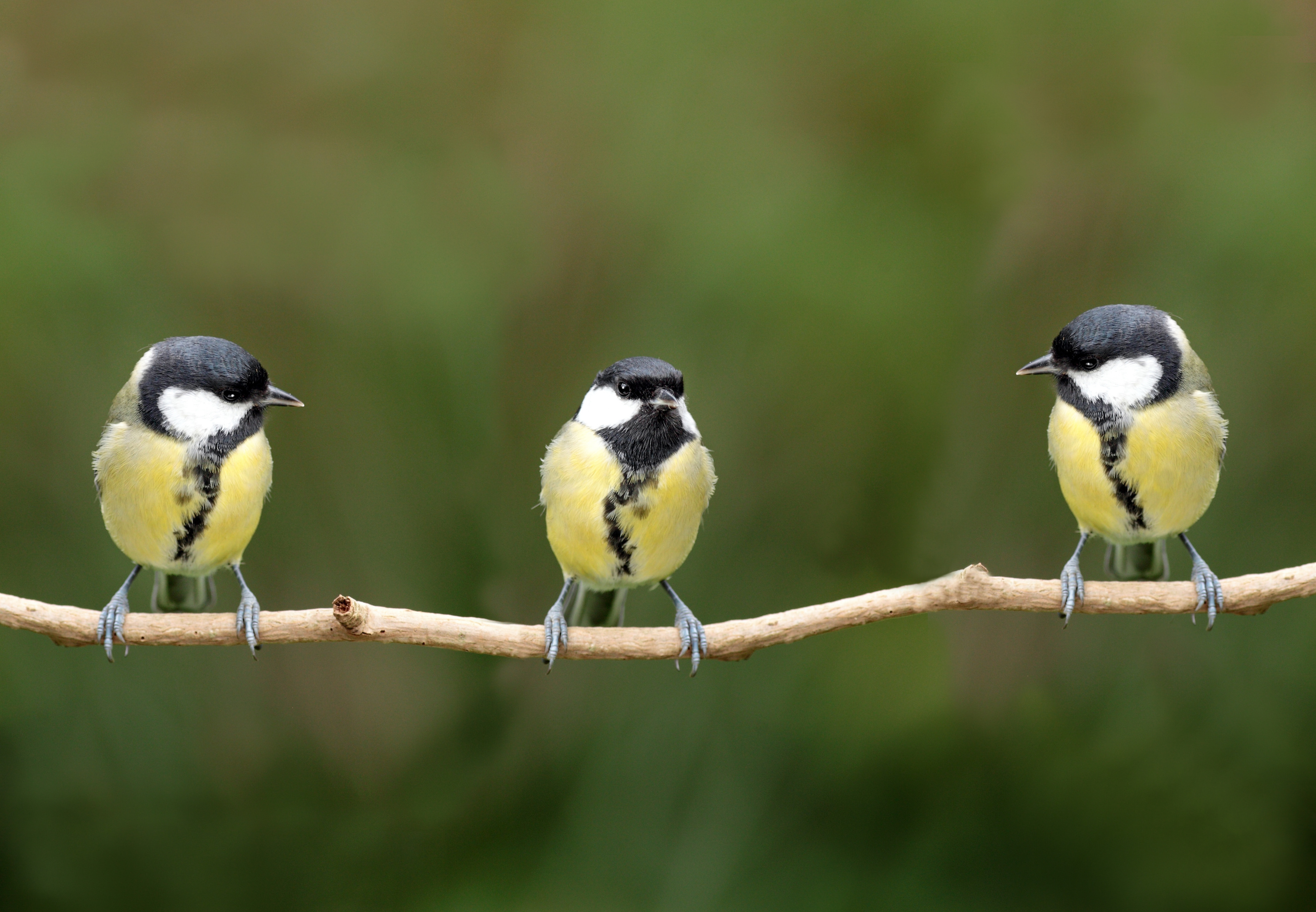 Camouflage can be an essential survival trait for animals who need to hide from predators. But it turns out that standing out can also have its advantages in the natural world.

But how exactly did these creatures evolve vibrant colors as a way to highlight themselves as a poor choice of meal?

A new study has found that social transmission, or learning by observing, may have offered the perfect opportunity for birds to evolve bright colors.

“Our study demonstrates that the social behavior of predators needs to be considered to understand the evolution of their prey,” said Dr. Rose Thorogood, the lead author of the study. “Without social transmission taking place in predator species such as great tits, it becomes extremely difficult for conspicuously colored prey to outlast and outcompete alternative prey, even if they are distasteful or toxic.”

For the study, the researchers captured wild great tits in Finland and trained them to forage for almonds wrapped in white paper packages.

After the birds learned to associate the white paper packages with prey, the packages were marked with a cross or square.

The cross meant the almond was perfectly safe to eat, mimicking a camouflaged or inconspicuous prey in the wild. A package with a square on the wrapping meant that the almond inside was bitter and inedible, a model for prey with bright coloring.

The researchers then filmed one of the birds encountering the bitter almond and rejecting the meal in disgust. This recording was then played on a TV for a group of tits before their chance to forage for the paper packages.

The birds who had watched the great tit reject the square package were far more likely to choose the packages with a cross instead, learning from the recording.

After their experiments with the great tits, the researchers created a mathematical model based on the data to show how social transmission in predators creates an evolutionary opportunity for prey.

“By modeling the social spread of information from our experimental data, we worked out that predator avoidance of more vividly conspicuous species would become enough for them to survive, spread, and evolve,” said Thorogood.

The study shows how important it is to look at all factors when considering the evolution of a species, including the patterns and social behavior of its natural predators.