How birds can still thrive in the fragmented forests of Costa Rica • Earth.com 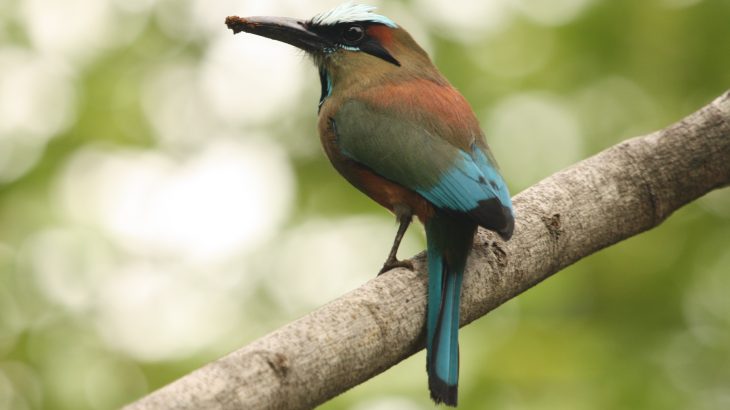 The rich biodiversity of Costa Rica makes its varied coastal, mountainous, and forest covered terrain a hotspot for species diversity and conservation.

While Costa Rica’s many parks and reserves promise environmental protections, it’s a different story for working landscapes including fragmented forests.

Luckily, a new study has found that if landowners properly manage these working landscapes such as forest patches, cropland, and even towns, native species can still thrive.

Researchers from the University of California, Davis found that working landscapes can support just as many vulnerable bird populations as protected nature reserves.

The study was published in the Journal of Applied Ecology.

Over a two-year period, the researchers surveyed Neotropical birds at 150 sites in Costa Rica. Cropland housed a range of bird species, but these were different from those found in protected parks and reserves.

In privately owned fragmented patches of forests, the researchers found the same species of birds that thrived in nearby reserves.

These degraded habitats were used for logging, hunting, and had been cleared by fires, but the researchers still found ample bird populations particularly in wetter regions.

The researchers say that conservation priority should be given to the wettest fragmented habitats as these could allow for more significant population growth for bird communities and diversity.

“With sufficient forest cover, working landscapes– even if degraded and fragmented– can maintain bird communities that are indistinguishable from those found in protected areas,” said Daniel Karp, the lead author of the study. “This means that private landowners have great power to improve the conservation value of their lands through reforestation.”

Forest cover in Costa Rica is bouncing back after decades of decline, and studies like this can help inform future conservation and management programs.

“Tropical birds respond very strongly to the amount of forest in their immediate vicinity,” said Karp. “That’s encouraging because it means forest restoration on a small scale, even in small patches, can be really effective in safeguarding vulnerable bird species.”