How do birds keep from getting too heavy to fly? • Earth.com 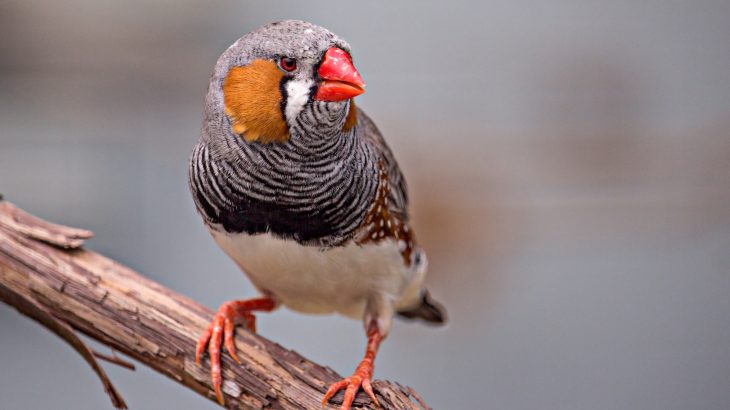 How do birds keep from getting too heavy to fly?

If you’re a bird, it’s important that you stay light on your feet – as your flying ability is paramount to your survival. Overeating might put you at risk of being too slow or heavy to properly fly, were you to pack on the pounds over time.

But the question of whether or not overeating is truly hazardous for some birds was one of interest to environmental biologist Lewis Halsey, of the University of Roehampton.

“The passerine birds at the bird feeders near my home never seem to get fat despite having this buffet constantly available to them, but there are people who get heavy when exposed to that kind of all-you-can-eat environment,” says Halsey. This led to Halsey studying how exactly birds are able to control their body weights and energy availability in light of their eating habits.

“I wanted to investigate possible behavioral and physiological mechanisms, aside from just food consumed and exercise completed, that help animals control their energy budgets and body weights; there’s more going on than just how many calories you’ve put into your face.”

While it’s possible that fat songbirds are few and far between because they make easy targets for many predators, it’s likely that the overeating trait would eventually be weeded out through this natural selection. Furthermore, recent studies have indirectly suggested that birds are able to balance their energy intake by increasing their metabolic rate or decreasing the efficiency with which they are able to extract energy from their food.

“For a given amount of food, an animal can unconsciously adjust how efficiently it uses the energy from it either behaviorally, for example by changing wingbeat frequency or singing patterns to use more or less energy, or physiologically, in terms of digestive or cellular metabolic efficiency,” explains Halsey.

With new evidence emerging in recent years, Halsey wants to change the way we think about energy burned versus energy consumed. “We need to remember that ‘energy in’ isn’t what’s shoved down the beak but what’s taken up through the gut and then what’s extracted by the cells; looking at it as just the amount of food consumed is too simplistic. And this goes for humans and other animals, not just songbirds,” he says.

Halsey believes there is more research that can be done to explore this phenomenon further. A possible experiment could involve presenting birds with a more attractive, easier-to-digest food source compared to a bird feeder full of seeds.

“I want to give birds the equivalent of ice cream and see if that breaks their resolve and fine body mass control as it does for many humans, or if, even in the face of the ice cream equivalent, whatever that might be, the birds resolutely maintain their weight,” he explains. “This could be done in the lab preliminarily and later in the field to help us understand how these underlying mechanisms regulate body weight.”

Although our bodies may be quite different from birds, further research may be beneficial for humans who are obese, have diabetes, or are suffering from other diet-related conditions.