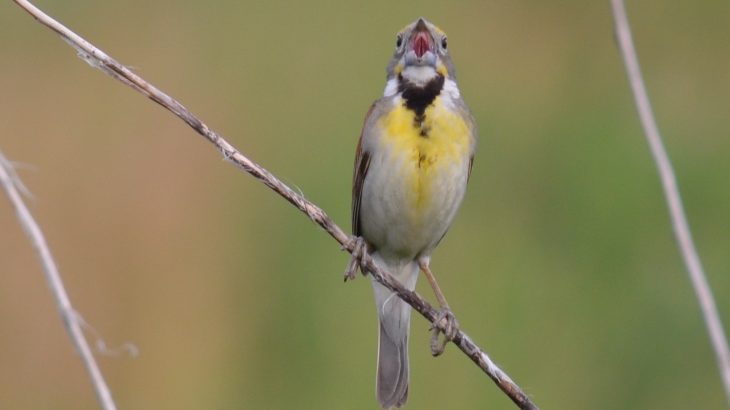 The songs that many bird species are able to produce are quite unique sounds in the animal kingdom. While four-limbed animals like reptiles and mammals make sounds with voiceboxes in their throats, birds’ songs come from a different organ – called a syrinx – which is located in their chests. This organ is unique to birds, and scientists haven’t been sure how or when it evolved.

A new study published in Proceedings of the Natural Academy of Science pulls together work from a team of developmental biologists, evolutionary morphologists, and physiologists who examined the windpipes of different groups of animals. The animals they analyzed were birds, crocodiles, salamanders, cats, and mice. And while their findings shed light on the evolutionary origin of the syrinx, it doesn’t mean it is any less complicated.

“Birds have a unique organ in their airway to produce sounds – it’s like a flute,” says Chad Eliason, a postdoctoral researcher at Chicago’s Field Museum and co-first author of the study. “We don’t know where that organ came from, how and why it evolved. But in this study, when we zoomed out and looked at the windpipes of other animals, we found deep similarities that we didn’t expect.”

Mammals, birds, and reptiles all have a larynx, which is a hollow, muscular organ at the top of the trachea that helps air pass through to the lungs and keeps food from getting into the airway. In mammals and reptiles, the larynx has small folds of tissue that vibrate when air passes over them, producing sound. In birds, the larynx isn’t able to produce sound. Birds’ sounds are produced from the bottom of the trachea and a cartilage juncture just before the trachea branches into the lungs. This junction is called the syrinx.

“The syrinx is a tiny box of cartilage – in a sparrow, it’s about 8 millimeters in diameter, about four times the thickness of a strand of spaghetti,” says Eliason. “It reinforces the airway, and when air passes over the folds in it, it produces a sound: birdsong.”

The fact that birds have both a larynx and syrinx has confused scientists, as it’s not clear why or when syrinx took over sound production over the larynx.

“Birds’ closest living relatives, crocodiles, produce sound in their throats with a larynx. So how did ancestors of birds transition from making sounds with their larynx to making sounds with their syrinx?” asks Eliason. “If we found fossil evidence of a syrinx in dinosaurs, that would be a smoking gun, but we haven’t yet. In the meantime, we have to look at other animals for clues.”

From their analysis of numerous other species, the researchers were able to determine that it’s likely bird ancestors used to make sounds with a larynx, but then developed a syrinx that may have helped with structural support of the airway. The syrinx then became able to produce sound, and over time birds began to lose the ability to make sounds with their larynxes.

Moving forward, the researchers believe this study could be useful for other scientists studying how new features evolve. “One of the grand challenges in biology is understanding how novel structures arise, why we see weird traits in some organisms,” says Evan Kingsley of Harvard Medical School. “This study gives us an idea of how one of those novel structures, the syrinx, might have come about.”