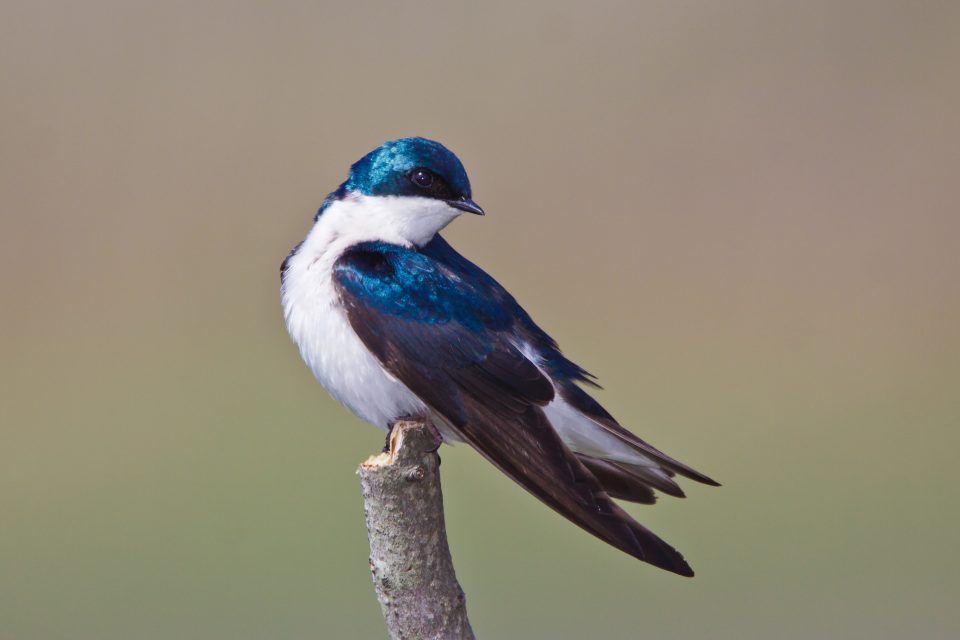 A new study led by Cornell University has found that birds are changing their breeding patterns to keep pace with climate change. The experts report that these types of behavioral shifts come along with hidden dangers, including the threat of starvation.

The study was focused on 30 years of data on weather, food availability, and breeding among Tree Swallows in Ithaca,  NewYork. The researchers discovered that the birds are breeding earlier alongside first signs of spring with potentially drastic consequences. When chicks hatch earlier, they are faced with an increased risk of bad weather, food shortages, and mortality.

The experts concluded that the timing of when to breed and when food is available is becoming decoupled for some animals, which highlights serious complications in how organisms respond to climate change.

Some previous studies have emphasized the importance of animals adjusting their life cycles to keep pace with rising temperatures and earlier spring arrivals. However, the current study notes that breeding earlier may place animals at a greater risk of exposure to inclement weather events that tend to occur more frequently earlier in the year.

The analysis showed that Tree Swallows have been advancing breeding by 3 days per decade over the last 30 years. This has put offspring at a greater risk of exposure to bad weather, and these conditions also reduce the availability of the insects that the birds rely on for food.

“Our results raise the possibility that animals relying on food resources that can rapidly change in abundance due to the weather may be particularly at risk to climate change,” said Shipley.

The findings may help to solve the mystery of why aerial insectivorous birds, including swallows, swifts, flycatchers, and nightjars, are declining faster than other groups in much of North America and Europe.

“For birds that feed on flying insects, one day is feast, the next is famine. This means during unusually warm springs, parents are betting current conditions that prompt earlier egg laying are indicative of similar good conditions for rearing hatched young 3 weeks in the future,” said Shipley.

“Considerable attention has been given to potential widespread decline of insect populations and this might be hitting insectivorous birds particularly hard. But we show a mechanism that doesn’t require change in insect abundance – just availability over a short time, like a few days.”

Professor Maren Vitousek said that long-term studies like these are essential to understand how and why species are affected by climate change. “They can also provide valuable insights into how organisms function, interact and evolve in complex ecological networks.”