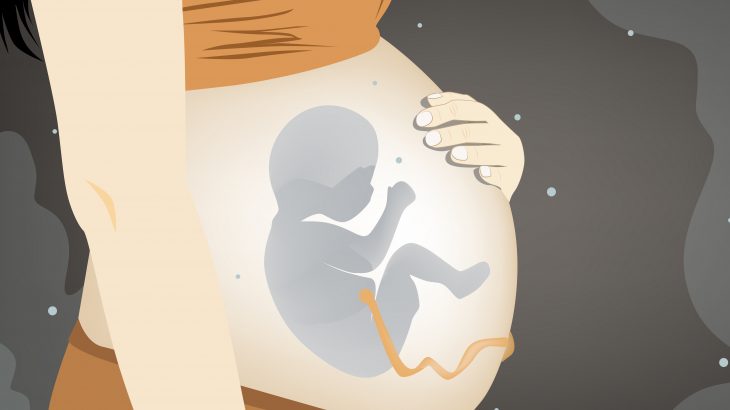 In a new study from the Centre for Environmental Sciences at Hasselt University, scientists have found evidence of air pollution in the placentas of 28 pregnant women. The research suggests that traffic and industrial fumes can move through the mother’s body toward the fetus, which may cause birth complications or defects.

The experts based their work on the “Developmental Origins of Health and Disease” (DOHaD) concept that the early-life environment is critical for fetal programming.

“Life in utero is considered a particularly sensitive period during which maternal exposure to unfavorable conditions may not only influence fetal development and induce adverse pregnancy outcomes but also have long-term effects influencing offspring susceptibility to diseases later in adulthood, as postulated by the Developmental Origins of Health and Disease (DOHaD) hypothesis,” wrote the researchers.

The study was focused on the potential for pollution-induced molecular alterations in the placenta, which is the source of oxygen and nutrients for an unborn baby.

Tissue samples collected from the pregnant women all contained traces of black carbon, a component of fine particulate matter that is associated with burning fossil fuels such as exhaust fumes from diesel engines. According to the experts, the black carbon was found in the fetal portion of the placenta, the villous chorion.

“Substantial evidence associates exposure to air pollution during pregnancy with a range of adverse health outcomes at birth, including increased risk of low birth weight and prematurity, and also in adult life, such as cardiovascular disease, respiratory problems, and neurodevelopmental alterations, and even cancers,” wrote the study authors.

“However, the biological chain of events through which exposure to air pollution in utero influences an individual’s later-life health is still poorly known. As the placenta is a crucial organ for fetal development, alterations in the placenta on the molecular level, induced by air pollution, may be important as to the early origins of health and disease.”

While the research does not prove that pollution can make it all the way into the body of a fetus, the study is the first to demonstrate that black carbon can cross into the placenta.

“Investigating the placenta is an opportunity for future research as it may help to understand the fundamental biology underpinning the DOHaD concept through the interactions between the underlying modes of action, prenatal environment, and disease risk in later life,” wrote the study authors.

“To prevent lasting consequences from early-life exposures of air pollution, policy makers should get a basic understanding of biomolecular consequences and transgenerational risks.”