Black rhinos are in greater danger than previously thought • Earth.com 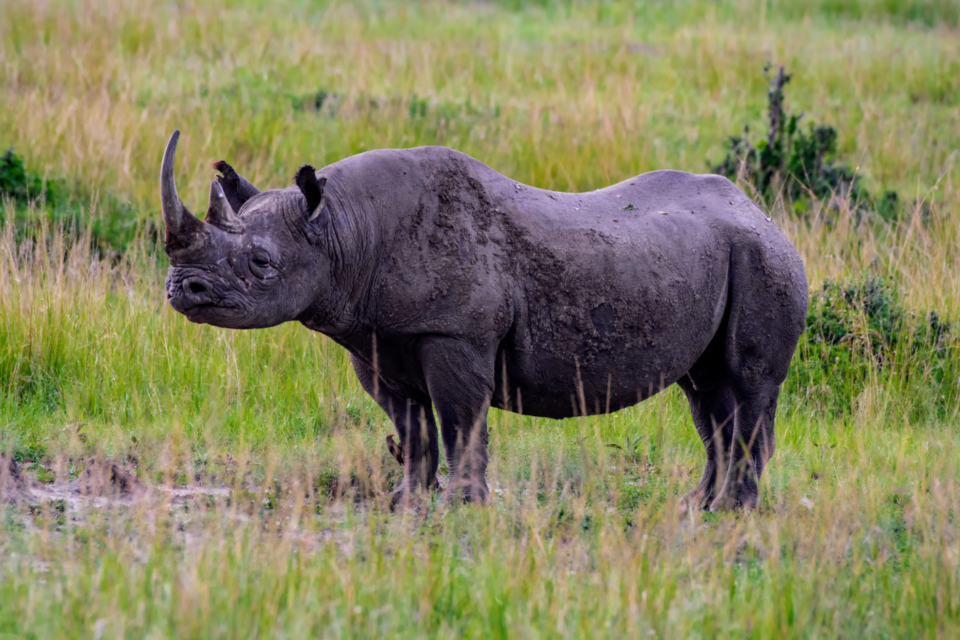 Black rhinos are in greater danger than previously thought

The black rhinoceros is already critically endangered, largely as a result of hunting by those collecting horns for nonsensical traditional “medicine.” Now, new research shows that the threat to the survival of black rhinos as a species may be even greater than we realized.

The study, carried out by researchers from Kenya as well as the University of Manchester, looks at reproductive variability in black rhinos and suggests that poaching poses a greater threat than previously understood.

The basics of the study revolves around the fact that among rhinos and most animals, some individuals create more offspring than average. This means that if a super reproductive female rhino is killed, it’s significantly more detrimental than the death of a less reproductive animal.

The study shows that this reproductive variance, along with poaching, increases the threat of extinction by as much as 70 percent. The findings highlight the urgent need for greater action to protect the black rhinoceros before it’s too late.

“This study shows that poaching has effects on rhinos beyond the death of targeted individuals. The deaths of healthy females that would have gone on to produce lots of calves can make whole populations more vulnerable to extinction,” said study lead author Dr. Nick Harvey Sky.

The research was carried out using meticulous data on black rhinos collected by Kenyan scientists and wildlife managers that carefully monitor the animals for their conservation. This study shows the importance not only of populations but also of individuals for conservation.

“For me, our study really highlights a deadly combination of small populations, individual differences, and poaching for vulnerable populations,” said study co-author Dr. John Jackson. “When working in combination, these factors can completely reshape the fate of an endangered species.”