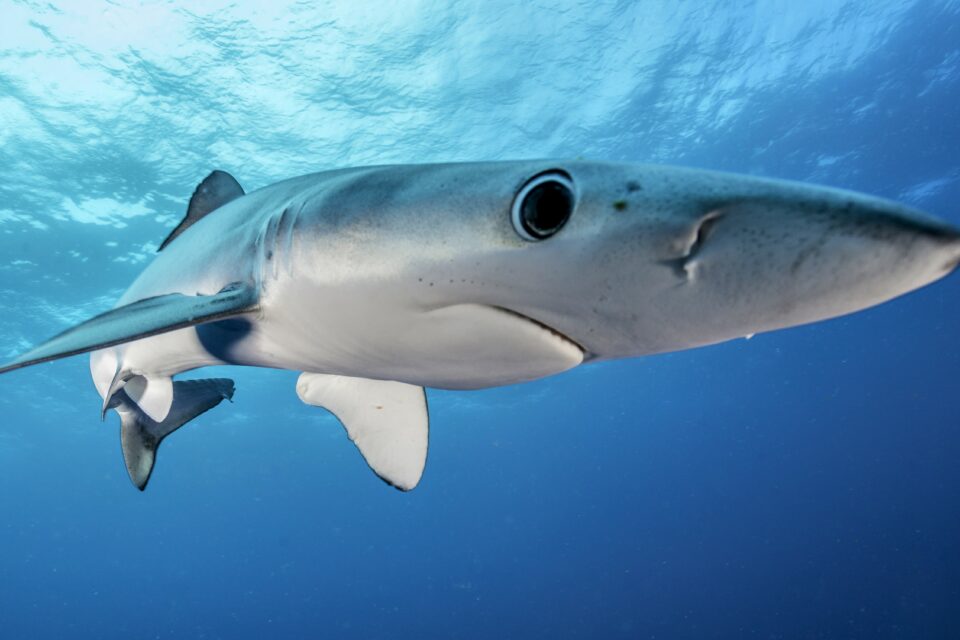 According to a new study published in the journal Frontiers in Marine Science, pet owners may unknowingly feed their pets meat from endangered sharks. By using DNA barcoding to investigate the occurrence of shark meat in different pet food products sold in Singapore, a research team from Yale-NUS College in Singapore has revealed a considerable prevalence of ingredient mislabeling, with ambiguous terms such as “fish,” “ocean fish,” or “white bait” in fact standing for meat obtained from threatened shark species.

Sharks are crucial for the proper functioning of marine ecosystems. They maintain balanced food chains by shifting their prey’s distribution and changing the feeding strategy of most other marine species. The loss of sharks had a marked negative impact even on seagrass and coral reef.

Overfishing, together with the growing shark fin and meat trade is increasingly endangering already threatened shark populations. According to recent estimates, over 100 million sharks are killed annually.

“Shark populations are overfished throughout the world, with declines of more than 70 percent in the last 50 years documented. This is indicative of the current lack of regard in which we hold our oceans,” wrote the study authors.

Silent contributors to the decline of shark populations are also the cosmetic and pet food industry. Certain body care and beauty products use shark-derived squalene, instead of the most sustainable, plant-derived one. Moreover, the analysis of pet food samples in the United States in 2019 found traces of shark meat in 78 of the samples.

By using DNA barcoding to investigate whether there was shark DNA in 45 different pet products from 16 different brands sold in Singapore, the researchers found that 31 percent of the 144 samples taken clearly contained shark DNA, although none of the products listed shark as an ingredient.

These results are further evidence of the high overfishing pressure to which sharks are increasingly subjected. The authors call for more transparency in ingredient labelling which could allowed consumers to make informed purchases.

“The majority of pet owners are likely lovers of nature, and we think most would be alarmed to discover that they could be unknowingly contributing to the overfishing of shark populations,” the authors concluded.