From organic poison to blast fishing, technique has an impact • Earth.com 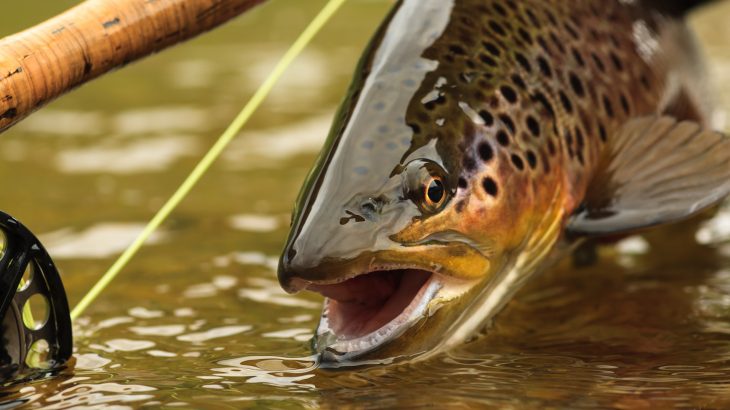 From organic poison to blast fishing, technique has an impact

As we reported recently, the destructive practice of poisoning fish with cyanide to capture them for the aquarium trade is sadly quite common.  Not only are some of the fish accidentally killed with the cyanide used, other species are poisoned and sometimes hiding fish are pried from broken reefs after being poisoned.  An estimated 14 million fish are killed before they can be sold as aquarium pets due to unsafe wild capture techniques.

Interestingly, different fish poisons have been used for much longer periods with less devastating effects.  Cyanide in many ways is just a poor adaptation of ancient techniques to the modern world via chemistry and global economics.

Different plants have been used to poison fish to catch as food the world over.  Yellow cheesewood, (Nauclea orientalis) is a tree native to Australia, Papua New Guinea and Southeast Asia.  Yellow cheesewood has a bark that was traditionally used in Australia as a poison added to slow moving water to stun fish making them easier to catch.  One study of Indigenous people in Guyana found that at least 11 species of plants were used by Amerindians for fish poison.  The practice of using toxins to catch fish is a global one, having been used independently in Africa, North America and Europe as well.

The practice of fishing with poison is ancient.  King Frederick II of Germany outlawed certain fish poisons in 1212 and other European countries followed suit a few centuries later.  Poison fishing has been practiced the world over much longer than that, with much of it probably predating any written record by centuries.

Another type of fishing similar in some ways to the practice of using poison for fishing is dynamite fishing, or blast fishing.  Blast fishing is similar to fishing with poison superficially in that the explosion doesn’t always immediately kill fish. Instead, shock waves from an explosion stun fish that then float to the water’s surface to be captured.  This type of fishing began to spread across the world from contact between locals and European militaries. Soldiers sometimes used grenades to stun fish for quick meals during World War I, sometimes locals learned the technique this way and adapted it to dynamite.

Fishing with explosives is illegal in most of the world but it doesn’t stop people from trying anyway.  Reuters quotes a Peruvian fisherman saying that the illegal practice of fishing with dynamite allows some to catch as many as 100 or 200 kilos of fish with ease.  The New York Times reported earlier this year on the devastation fishing with bombs is causing in the Philippines.  The World Bank reported in 2015 that $8 in dynamite can capture about 400 fish in Tanzania.

The thing that is interesting about these practices is that they aren’t carried out by large, highly commercial fishing vessels.  The New York Times article describes a man in an outrigger canoe fishing this way.  The Reuters article gives the impression that the people in Peru are largely small scale fishermen just supporting their families.  But $8 isn’t a largescale commercial investment. Another thing to note about dynamite fishing: it takes place in fresh water streams, rivers and lakes as well as in the ocean.

The Philippines are in the midst of the oceanic biodiversity of coral reefs.  With climate change, reefs are already threatened with bleaching. Overfishing is a continuous global problem hurting the Philippines as well.  Practices like blast fishing can exasperate threats already facing the local environment. Not only do blasts kill or stun fish indiscriminately, they kill other smaller organisms unused by fishermen and even blow apart the reef systems where fish live.  According to the New York Times, 90% of Philippine reefs surveyed from 2015 to 2017 were found to be poor or fair in condition, none found to be excellent.

An unfortunate effect of fishing with explosives (or cyanide for that matter) as opposed to organic toxins is that it often kills fish, even if they aren’t eaten.  Some of the organic fish toxins used by many indigenous groups didn’t actually kill fish. The poisons only stunned fish long enough for them to be caught. Fish not picked out of the water to be eaten often survived the encounter, swimming away when the toxins wore off.  This isn’t always the case. Toxins vary widely by region but one thing is true: organic toxins eventually break down and they don’t harm the physical environment with explosions.

Science Daily reported on research from Stanford in 2013 finding that contact from missionaries has changed taboos related to meat consumption in the Amazon region.  The change in consumption habits has in turn affected the biodiversity of the world’s largest tropical rainforest. One of the researchers, Jose Fragoso, told Science Daily:

“Based on field observations, I think that the removal of shamans has translated into more killing of animals… Our perception is that they are killing more animals that are not taboo, such as pigs, and also that they are making kills in the holy areas, which were previously off-limits.”

Along with the change in food taboos, technology has changed as well.  Hunting now may be done in the Amazon with a shotgun instead of arrows or blow gun darts.  Fishing may now be done with gunpowder instead of tree bark poison. Certain taboos and technical limitations are part of what made the lives of many indigenous peoples the world over sustainable.  These factors are certainly part of fishing.

The Philippines, so hurt by blast fishing, is reported by the Asia Society to be the only Christian nation in Asia.  86% of the country is said to be Roman Catholic with another 8% belonging to other Christian sects.  Religion also plays a role in places like Fiji, Mongabay reports, a nation where both Christianity and fishing play important roles in daily life.

To a degree, limiting the dangers of technology like dynamite and other explosives may depend on new laws but also the restrictions of new taboos.  In a world where traditional taboos limiting hunting, gathering and fishing have been eroded, it is important that new taboos based on sustainability and ethics are developed.  Despite blast fishing being illegal in the Philippines, it continues and ideas that fish are doing well despite marked declines are popular. Ideas of environmental health often seem to be driven by belief systems more than direct evidence.

Mongabay reported in 2014 that the belief that abundance of fish is directly controlled by God was a commonly held one in Fiji.  Mongabay also reported on efforts to promote a different philosophy of humans being held responsible as stewards of nature, including fisheries.  Sometimes ideas like these hold more weight than scientific ones of sustainable harvest. Religion, unlike law, is a choice and may help turn people away from blast fishing in the end as well as promote the idea that protected areas are sacred.