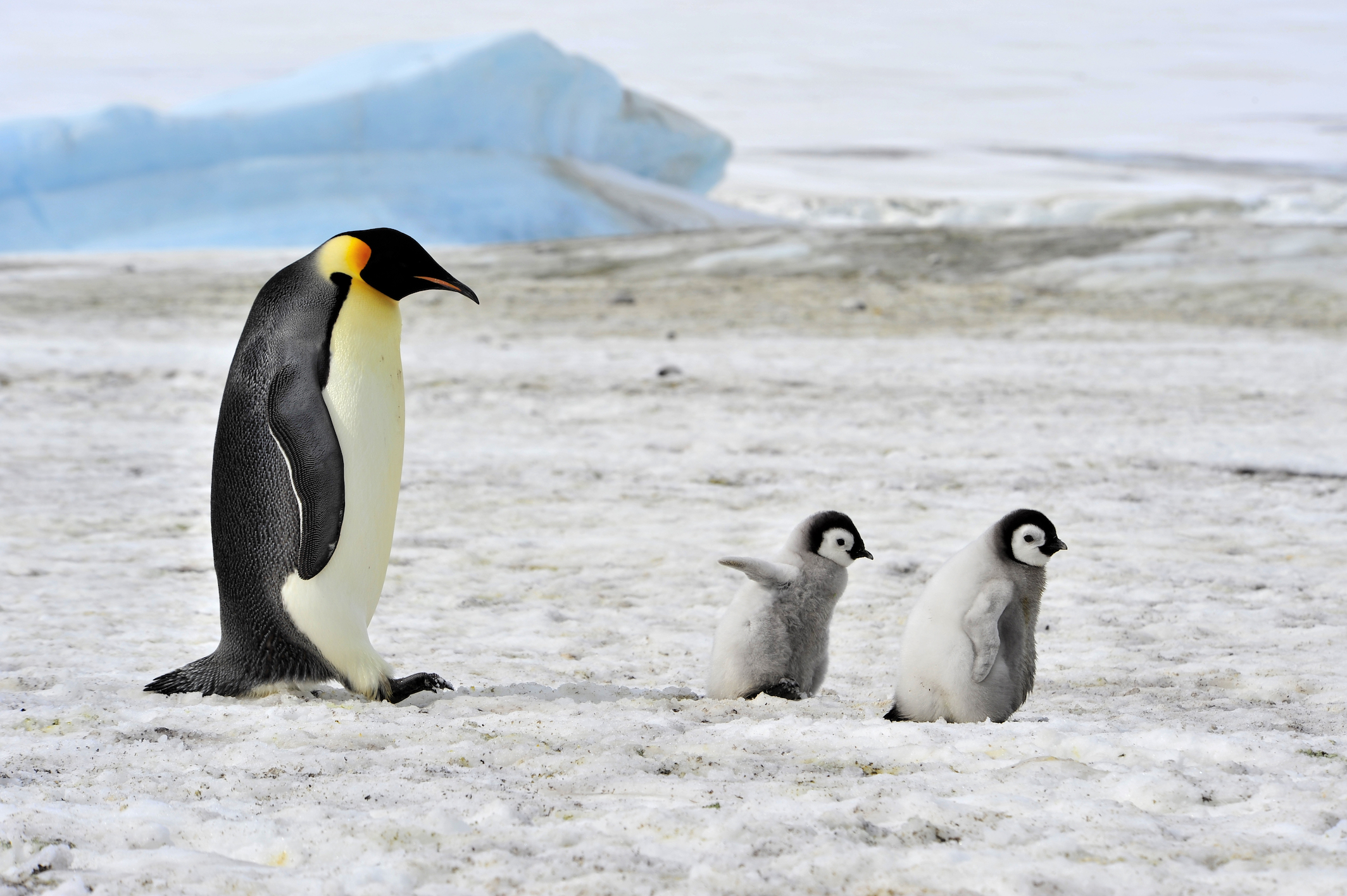 Emperor penguins may not survive the loss of their breeding and feeding grounds from climate change, a new study said.

The 54 colonies that exist today will face “devastating declines” by the end of this century, according to the study by Woods Hole Oceanographic Institution, which recommends listing of the Emperor penguin as an endangered species.

“Based on this study, we conclude that the prospects look grim at the end of 2100, with a projected global population decline as low as 40 percent and up to 99 percent over three generations,” said Stephanie Jenouvrier, WHOI biologist and lead author of the study.

Projected melting of Antarctic sea ice through 2100 will strip Emperor penguins of their breeding and feeding grounds and put populations at risk, the study said. The penguins may not be spared by moving to new locations, the researchers concluded.

In order to determine whether migration will ultimately help Emperor penguins defend against population decline, Jenouvrier worked with mathematicians to develop a sophisticated demographic model of penguin colonies based on data collected at Pointe Géologie, one of the few places where long-term Emperor penguin studies have been conducted.

The model tracks the population connectivity between penguins as they take their chances moving to new habitats offering better sea ice conditions.

“It’s like we’ve added roads between the cities the penguins live in and now get to see what happens when they travel between them,” she said.

A range of model inputs were used, including penguin dispersal distance, behavior and rate of migration. The model also factors in end-of-century sea ice forecasts from climate projection models to predict the fate of each colony.

In some cases, dispersal boosted populations whereas in other cases, it led to dramatic declines.

“We saw sustained populations through 2036, at which point there was an ‘ecological rescue’ that reversed the anticipated decline expected without dispersion for about a ten-year period,” Jenouvrier explained. “During that time, the penguins made wise choices in terms of selecting the highest-quality habitat they could reach.”

But the “rescue” was only short-lived, and started plummeting in 2046, the study found.

When the scenarios were averaged, the model painted “a very grim picture through 2100, regardless of how far penguins travelled or how wise their habitat selections were,” Jenouvrier said.

The new modeling technique is key to informing policy around “much-needed protections” for the Emperor penguin, the authors said.