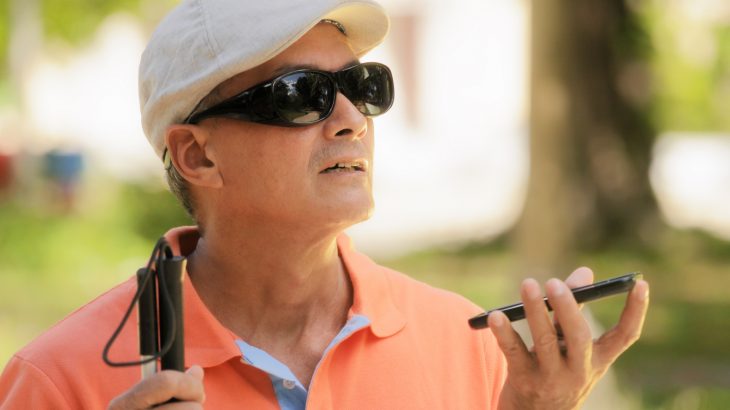 The brains of blind people adapt to boost hearing ability

While not all blind people have exceptional hearing, research has shown that people who are born blind have a sharper and more nuanced sense of hearing.

Two new studies recently tackled these enhanced auditory abilities to identify what changes in the brain are responsible.

The research was led by the University of Washington (UW).

“There’s this idea that blind people are good at auditory tasks, because they have to make their way in the world without visual information,” said Ione Fine, the senior author of both studies and a professor of psychology. “We wanted to explore how this happens in the brain.”

In both studies, the researchers went beyond just examining brain activity in blind people and instead used functional MRI scans to focus on brain sensitivity to different auditory frequencies.

“We weren’t measuring how rapidly neurons fire, but rather how accurately populations of neurons represent information about sound,” said Kelly Chang, the lead author for one of the studies.

For the first study, published in the Journal of Neuroscience, researchers from the UW and the University of Oxford measured neural responses in sighted and blind individuals.

The participants were asked to listen to a series of tones with different frequencies, and brain activity was recorded with an fMRI machine.

In blind participants, the auditory cortex part of the brain was able to more accurately process the frequency of each tone compared to participants who were not blind.

The brain adapts a better ability to distinguish frequencies because deciphering these small nuances in sounds is more important for blind individuals, according to the researchers.

“Our study shows that the brains of blind individuals are better able to represent frequencies,” said Chang. “For a sighted person, having an accurate representation of sound isn’t as important because they have sight to help them recognize objects, while blind individuals only have auditory information. This gives us an idea of what changes in the brain explain why blind people are better at picking out and identifying sounds in the environment.”

The second study, published in the journal Proceedings of the National Academy of Sciences, specifically looked at how individuals who are born blind or become blind early in life develop spatial awareness, which is the ability to understand one’s relationship to stationary and moving objects in an environment.

Participants in this study listened to different frequency tones that sounded like they were getting closer or farther away to mimic the idea of movement.

The recorded brain activity showed neural responses in the hMT+ that were similar to sighted individuals after listening to the moving sounds.

What this means is that blind individuals are not only better attuned to frequency changes, but also that the motion of sounds which could help with tracking moving objects in an environment.

“These results suggest that early blindness results in visual areas being recruited to solve auditory tasks in a relatively sophisticated way,” said Fine.