Common blue butterfly populations are making a big comeback across the UK • Earth.com 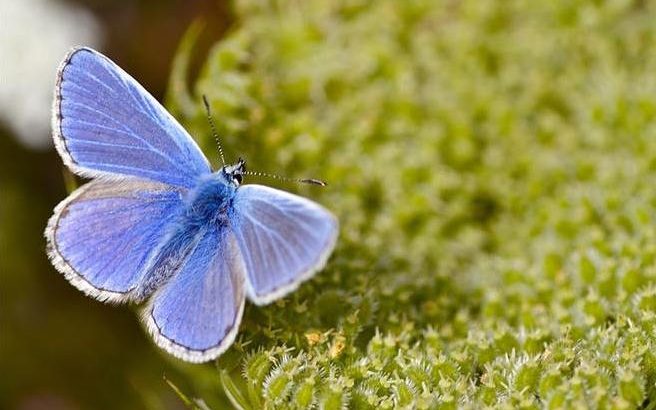 The wildlife charity Butterfly Conservation is reporting that a striking blue butterfly may have its “best summer ever” after dwindling over the last four decades. The Common Blue started showing signs of recovery last year when extreme summer heat boosted the UK population by 104 percent.

This summer, a July heatwave combined with above-average temperatures in August are expected to further support the comeback of the Common Blue.

In collaboration with the Campaign for National Parks, the Butterfly Conservation  is asking the public to record sightings of the Common Blue as part of the UK’s annual Big Butterfly Count.

“People should be able to spot these butterflies in National Parks areas as their caterpillars mainly feed on the wildflower, Common Bird’s-foot-trefoil,” explained Dr. Zoe Randle. “In England last year, the butterfly’s numbers were up 110% from 2017 and in Wales their numbers were up 94% for the same period.”

“However, numbers of the first brood which emerged in June were slightly down on last year, so it will be interesting to see how the second brood emerging in August will respond to the heatwave.”

“It would really help us if people could get outside and look for this butterfly, so we can see if its fortunes really have turned around or if the Common Blue still needs our help.”

“We’re also keen for people to keep recording any Painted Lady sightings, as this could be a record year for them – in just two days last week, people across the UK counted more than 30,000 Painted Lady butterflies and thousands more have been seen since then, so keep counting and we’ll reveal the total number after Sunday 11 August!”

The Common Blue males have bright blue upper wings that are unmarked, while the females are marked with orange crescents and dark spots that vary from bluish-purple to brown. The underwings of both males and females contain black spots with white halos and orange marks around the edges.

As the Campaign for National Parks celebrates its 70th anniversary this year, people across the UK can join the celebration by looking out for the Common Blue at their favorite parks.

“This is a great opportunity to help chart the progress of this beautiful blue butterfly and we’d love to know where our top Common Blue colonies are,” said Campaign for National Parks CEO Corinne Pluchino. “We’d also like to have a better idea of the other butterfly species our sites are supporting, so please let us know what you find by taking part in the Big Butterfly Count.”

The Big Butterfly Count is now underway and will continue through Sunday August 11. Participants are encouraged to find a sunny place and spend about 15 minutes counting every butterfly seen. The sightings can be submitted online here.