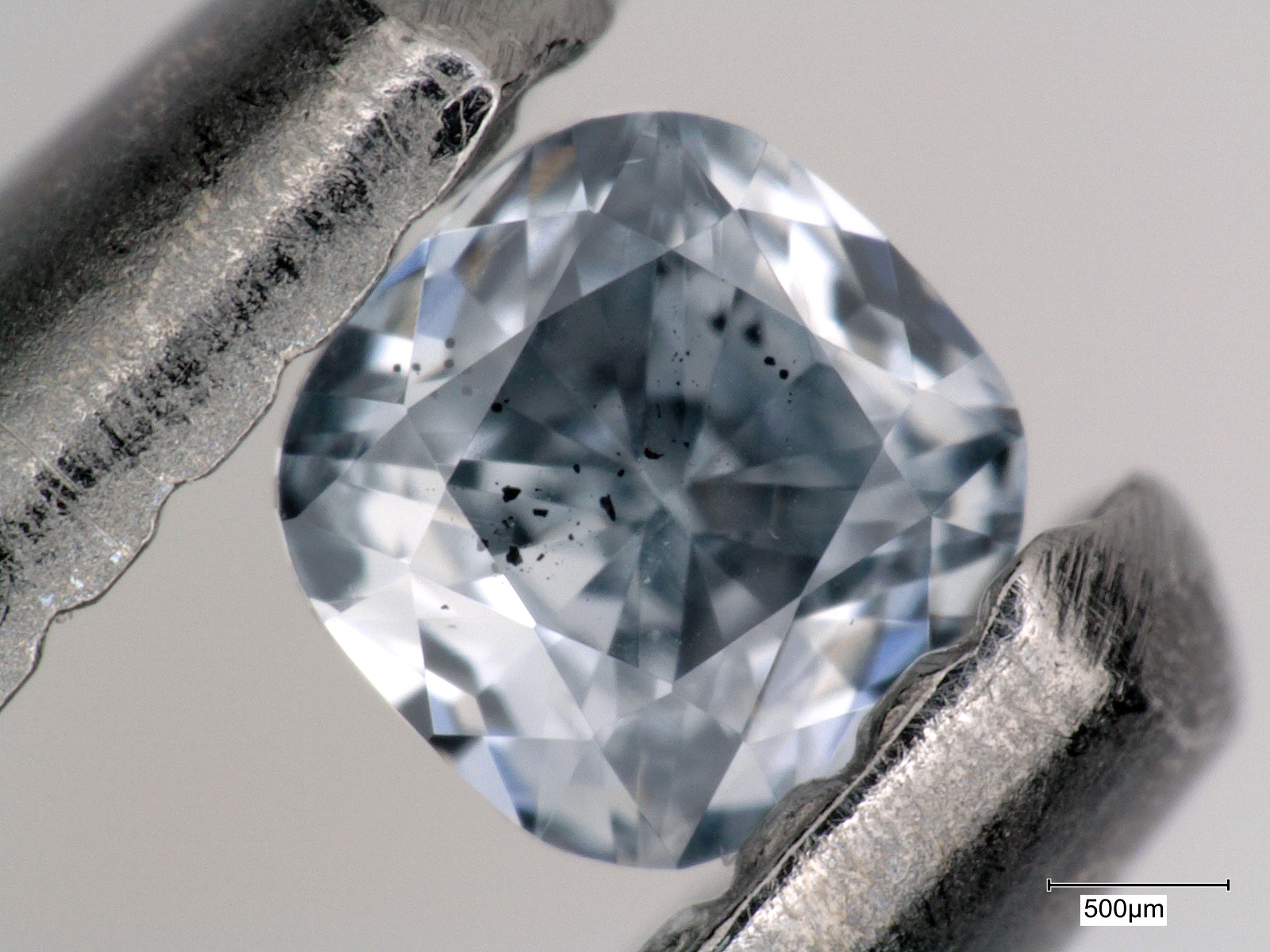 Research from the Carnegie Institution for Science has found that blue diamonds, such as the world-famous Hope Diamond at the National Museum of Natural History, formed up to four times deeper in the Earth’s mantle than most other diamonds.

“These so-called type IIb diamonds are tremendously valuable, making them hard to get access to for scientific research purposes, and it is very rare to find one that contains inclusions, which are tiny mineral crystals trapped inside the diamond,” said study lead author Evan Smith.

Diamonds contain remnants of minerals from the rocks that they crystallized in, which can tell scientists about the conditions under which they formed.

Type IIb diamonds get their blue color from the element boron, an element that is mostly found on the Earth’s surface. However, the analysis of mineral grains found in 46 blue diamonds indicate that they crystallized in rocks that only exist under the extreme pressure and conditions of the Earth’s lower mantle.

The research team established that blue diamonds form at least as deep as the transition zone between the upper and lower mantle, which is around 410 to 660 kilometers below the planet’s surface. The scientists also found clear evidence that some of the diamonds came from deeper than 660 kilometers, or 410 miles, which means they formed in the lower mantle.

It is a mystery how the boron got down into the Earth’s lower mantle when it is usually found in the shallow crust. The experts theorize that it came from the seafloor and was transferred during the movement of tectonic plates in a process known as subduction.

The researchers also propose that boron from the Earth’s surface was incorporated into water-rich minerals like serpentine, which crystallized during geochemical reactions between seawater and the rocks of the oceanic plate.

The new discovery reveals that the water-bearing minerals can make their way far deeper into the mantle than previously realized, indicating that a super-deep hydrological cycle may exist.

“Most previous studies of super-deep diamonds had been carried out on diamonds of low quality,” explained study co-author Stephen Shirey. “But between our 2016 finding that the world’s biggest and most-valuable colorless diamonds formed from metallic liquid deep inside Earth’s mantle and this new discovery that blue diamonds also have super-deep origins, we now know that the finest gem-quality diamonds come from the farthest down in our planet.”