Blueberries may protect our brains against dementia • Earth.com 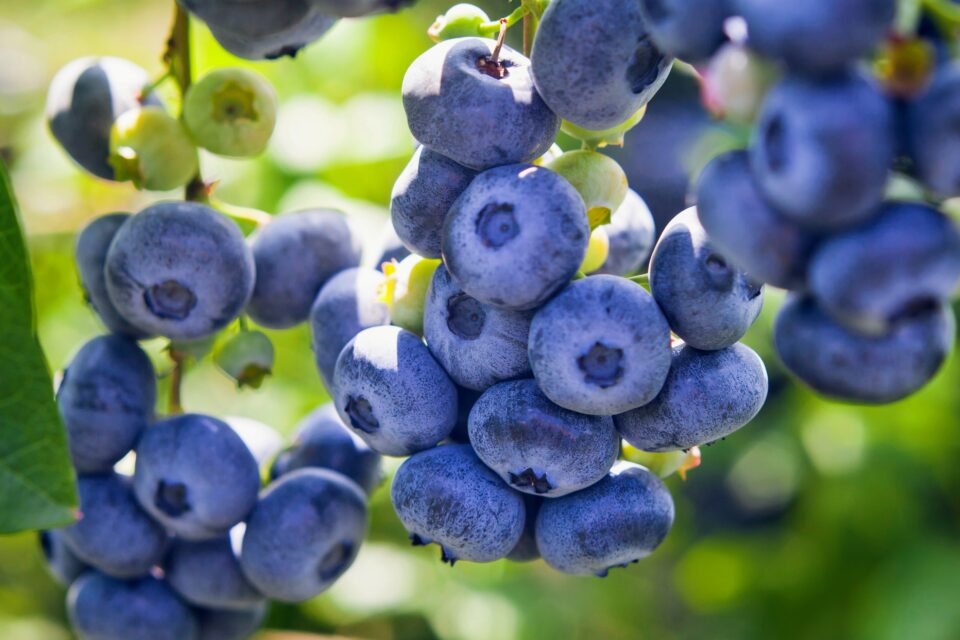 Blueberries have often been touted as a superfood as they are full of antioxidants, vitamins and healthy plant compounds. Their apparent health benefits include improved blood sugar regulation, lower blood pressure and reduced risk of heart attacks. And now, a recent study from the University of Cincinnati has found that supplementing the diets of middle-aged people with blueberries may lower their risk of developing late-life dementia.

Previous research led by UC’s Dr. Robert Krikorian had focused on the benefits of berries for people with a greater risk of developing Alzheimer’s disease and dementia, but their studies had involved older people. For the current study, the experts investigated the potential benefits among middle-aged individuals, in terms of dementia prevention and risk reduction.

Blueberries have particularly high levels of micronutrients and antioxidants, and also contain certain vitamins and minerals. Among the beneficial plant compounds are quercetin and myricetin, flavonols that have been linked to reduction in blood pressure and prevention of cancer, respectively. Blueberries are also very rich in anthocyanins, a type of antioxidant that protects the plant against excess radiation, infectious agents and other threats.

Dr. Krikorian explained that about 50 percent of individuals in the U.S. develop insulin resistance, commonly referred to as prediabetes, around middle age. Prediabetes has been shown to be a factor in chronic diseases, he said.

“We had observed cognitive benefits with blueberries in prior studies with older adults and thought they might be effective in younger individuals with insulin resistance,” said Dr. Krikorian, an expert in the UC College of Medicine’s Department of Psychiatry and Behavioral Neuroscience. “Alzheimer’s disease, like all chronic diseases of aging, develops over a period of many years, beginning in midlife.”

In order to find out whether consuming blueberries had any effect on the cognitive abilities of middle-aged people, the researchers enrolled 33 patients between the ages of 50 and 65 from around the Cincinnati area. All the participants were overweight, prediabetic and had noticed mild memory decline in themselves. Dr. Krikorian said this population has an increased risk for developing late-life dementia and other common conditions.

The participants abstained from eating any berries over a period of 12 weeks, and were instead given a daily packet of supplement powder, to be mixed with water and drunk at breakfast of dinner time. Half of the participants received powder that contained the equivalent of one-half cup of whole blueberries, while the other half received a placebo.

The cognitive abilities of the participants were tested by assessing aspects of their executive functioning, such as their working memory, mental flexibility and self-control. Cognitive dysfunction in these areas is often associated with aging and with the development of late-life dementia.

The results of the research, published recently in the journal Nutrients, showed that those individuals whose diet was supplemented with blueberries had improved performance on cognitive tasks that depend on executive control.

“This was evident as reduced interference of extraneous information during learning and memory,” Krikorian explained.

Patients in the blueberry group also had lower fasting levels of insulin, indicating that they had improved metabolic function and were more able to utilize fat as an energy source.

Krikorian said the blueberry group also displayed an additional slightly higher levels of mitochondrial uncoupling, a cellular process that has been associated with greater longevity and reduced oxidative stress. Oxidative stress can lead to symptoms like fatigue and memory loss.

“This last finding was exploratory but points to an interesting, potential mechanism for blueberry benefits,” he said.

Dr. Krikorian said that, in future, he would like to investigate the exact biochemical mechanisms whereby blueberry compounds help improve cognitive performance and metabolic function. But the most important conclusion from the current study is that regular blueberry supplementation into the diets of at-risk, middle-aged people may lower their chances of developing late-life dementia.

“The sample size is an obvious limitation of the study, so it will be important to reproduce these findings, especially by other investigators,” said Dr. Krikorian. “In the meantime, it might be a good idea to consume blueberries on a regular basis.”