How our bodies know to sleep more when we’re sick • Earth.com 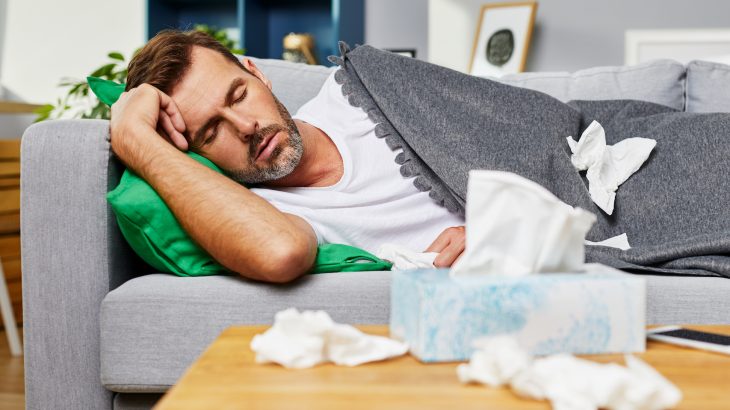 How our bodies know to sleep more when we’re sick

Researchers from the Perelman School of Medicine at the University of Pennsylvania have located the gene that increases our need for sleep when we’re sick. The gene, called nemuri, is secreted by cells in the brain in an effort to promote deep, prolonged sleep to better inherently fight germs with its antimicrobial activity.

“While it’s a common notion that sleep and healing are tightly related, our study directly links sleep to the immune system and provides a potential explanation for how sleep increases during sickness,” said Amita Sehgal, PhD, a professor of Neuroscience and director of Penn’s Chronobiology Program and the study’s senior author.

The study, published January 31st in Science, found the nemuri gene by analyzing 12,000 lines of fruit flies. When the nemuri gene was removed, flies were more apt to wake during daily sleep and their need for sleep, induced by sleep deprivation or sickness, was reduced.

However, in different scenarios, sleep deprivation also stimulated nemuri in a set of neurons located within a sleep-promoting portion of the flies’ brains. In bacteria-infected flies, overexpression of nemuri increased their sleep and chance of survival compared to non-infected flies.

Nemuri seemingly kills off microbes and increases sleep in order to effectively fight infection. Although other molecules have similar infection-fighting roles, nemuri’s sleep-inducing property may be one of the most important to the host’s survival. Furthermore, researchers believe nemuri is a solid link between one’s immune system function and sleep.

“The NEMURI protein is a genuine driver of keeping sleep on track under conditions of high sleep need like when we’re sick,” said Hirofumi Toda, PhD, a postdoctoral fellow in Sehgal’s lab and the study’s first author. “In the next phase of our work, we plan to investigate the mechanism by which NEMURI drives sleep.”