What time of the day does the body best respond to exercise? • Earth.com 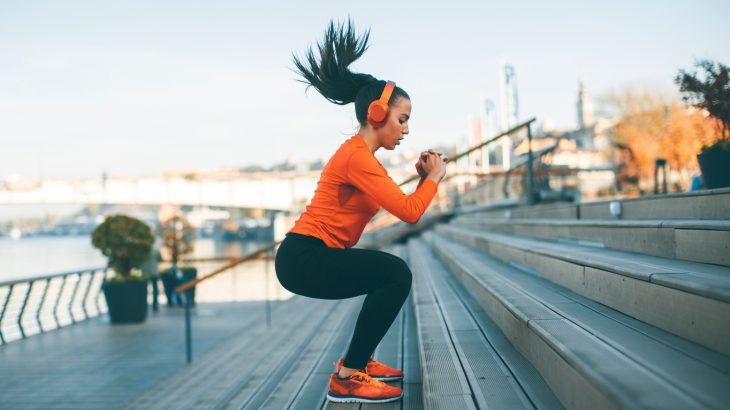 What time of the day does the body best respond to exercise?

Two new studies focused on the timing of exercise have confirmed that the circadian clock is an important factor in how the body responds to physical activity. According to the research, evening exercise seems to be the most productive, but lifestyle differences make the results more complicated.

Gad Asher is an expert in the Department of Biomolecular Sciences at the Weizmann Institute of Science, and the senior author of one of the studies.

“It’s quite well known that almost every aspect of our physiology and metabolism is dictated by the circadian clock,” said Asher. “This is true not only in humans but in every organism that is sensitive to light. We decided to ask whether there is a connection between the time of day and exercise performance.”

“Circadian rhythms dominate everything we do,” added Paolo Sassone-Corsi of the Center for Epigenetics and Metabolism at the University of California, Irvine, who is the senior author of the second paper. “Previous studies from our lab have suggested that at least 50% of our metabolism is circadian, and 50% of the metabolites in our body oscillate based on the circadian cycle. It makes sense that exercise would be one of the things that’s impacted.”

The researchers also found that there were higher levels of a metabolite called ZMP in response to exercise in the mouse evening. ZMP is known to activate metabolic pathways that are related to glycolysis and fatty acid oxidation through activation of AMPK, which is a master cellular metabolic regulator.

“Interestingly, ZMP is an endogenous analog of AICAR (aminoimidazole carboxamide riboside), a compound that some athletes use for doping,” said Asher.

A trial in 12 humans was found to produce similar effects. Overall, people in the study had better exercise efficiency in the evening compared with the morning.

Using a different approach that involved high-throughput transcriptomics and metabolomics, Sassone-Corsi’s team also put mice on treadmills. This enabled them to characterize changes in the mice’s muscle tissue in response to exercise.

The experts found that a relevant protein called hypoxia-inducible factor 1-alpha (HIF-1α) is activated by exercise in different ways depending on the time of day. “It makes sense that HIF-1α would be important here, but until now we didn’t know that its levels fluctuate based on the time of day,” said Sassone-Corsi. “This is a new finding.”

Based on this research, exercise seemed to have the most beneficial impact on metabolism at the beginning of the active phase – during the late morning in humans – instead of in the evening.

The study authors noted that even though circadian clocks have been conserved throughout evolution, translating the findings to humans is not so straightforward. For example, humans have more variation in their chronotypes than mice living in a lab.

“You may be a morning person, or you may be a night person, and those things have to be taken into account,” said Sassone-Corsi.

The research is published in the journal Cell Metabolism.