How the brain decides between a fight or flight response • Earth.com 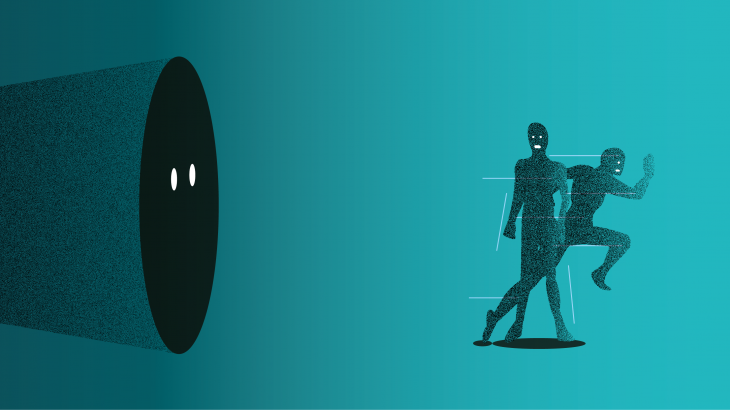 How the brain decides between a fight or flight response

Although the vast majority of us are no longer living in a place that puts us at risk of being hunted or considered “prey” by other species, we still carry many of the characteristics of a wild animal. Specifically, our brains will often trigger the “fight or flight” response when we feel in danger.

“Just like any other animal in nature, our reaction to a threat is invariably one of the following three: escape, fight, or freeze in place with the hope of remaining unnoticed,” says Marta Moita, a co-author of a recent study on this behavior in fruit flies, published in Nature Communications.

Moita, along with Maria Luisa Vasconcelos, conducted the study at the Champalimaud Centre for the Unknown in Lisbon, Portugal. Their goal was to determine how the brain decides which of the three strategies to implement, and how it makes sure that the body carries out these actions.

“When we started working on these issues most people believed that flies only escape, but we wondered if that was really true,” say Moita. “Even though it’s an insect, the fruit fly is an incredibly powerful model organism that has helped shed light on many difficult problems in biology. So when we decided to delve into the neural basis of defensive behavior, we asked, what will happen if we expose flies to a threat in a situation where they couldn’t just fly away?”

The researchers placed fruit flies in a covered dish, and exposed them to an expanding dark circle – an experimental representation of how a fly perceives a threat. In doing this, they witness something surprising: many flies froze in place. Just like some mammals would, flies remained perfectly still for minutes on end – often in awkward positions such as half crouching, or with legs suspended in the air. The flies that didn’t freeze were ones that flew away from the threat.

“This was very exciting,” says Vasconcelos, “because it meant that similarly to humans, the flies were choosing between alternative strategies.”

Further research determined that the flies’ response was related to their walking speed at the time the threat appeared. If a fly was moving slowly, it would freeze in place, but if it was walking quickly, it would take off and get away from the threat.

“This result is very important: it is the first report showing how the behavioral state of the animal can influence its choice of defensive strategy,” Vasconcelos explains.

Through use of advanced genetic tools, the researchers found that a single pair of neurons is imperative for the flies’ defensive behaviors.

“It was quite incredible. There are hundreds of thousands of neurons in the brain of the fly, and among all of those, we found that freezing was controlled by two identical neurons, one on each side of the brain,” says Vasconcelos.

If the researchers turned these neurons off, the flies no longer froze when they felt a threat – instead, they would attempt to escape. But when the neurons were turned on, the flies would freeze in place dependent on their walking speed… without the presence of a threat.

“If we turned the neurons on when the fly was walking slowly, it would freeze, but not if it was walking quickly. This result places these neurons directly at the gateway of the circuit of choice!” says Ricardo Zacarias, the first author of the study.

“This is exactly what we were looking for: how the brain decides between competing strategies,” explains Moita. “And moreover, these neurons are of the type that sends motor commands from the brain to the ‘spinal cord’ of the fly. This means that they may be involved not only in the choice, but also in the execution.”

The study’s authors believe their findings will lead to an entirely new field of research in flies.

“We can now study directly how the brain makes choices between very different defensive behaviors,” says Moita. “And because defensive behaviors are common to all animals, our discoveries provide a good starting point towards identifying the ‘rules of the game’ that define how all animals choose to defend themselves.”