How the brain can switch between different languages • Earth.com 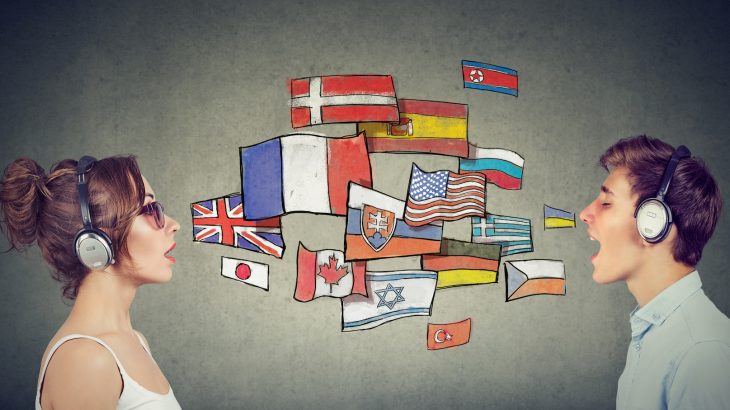 How the brain can switch between different languages

If you can speak multiple languages, is it more difficult for the brain to switch back to the native language or start with a different language?

In other words, how does the brain know to “turn off” a language and jump into another?

This question was answered by researchers from New York University in a new study published in the journal Proceedings of the National Academy of Sciences.

The researchers were able to discover the computations that happen in the brain when someone switches between languages.

“A remarkable feature of multilingual individuals is their ability to quickly and accurately switch back and forth between their different languages,” said Esti Blanco-Elorrieta, the lead author of the study. “Our findings help pinpoint what occurs in the brain in this process–specifically, what neural activity is exclusively associated with disengaging from one language and then engaging with a new one.”

Studying language switching in people who are multilingual is difficult because turning one language off and another on happens simultaneously.

Previous studies connected language switching with an increase in activity in the cognitive control regions of the brain but until now, it was not well understood if the act of turning one off or switching to another required the most effort.

The researchers asked bilingual individuals who were fluent in both English and American Sign Language (ASL) to participate in the study in hopes that it would help distinguish language switching better.

“The fact that they can do both at the same time offers a unique opportunity to disentangle engagement and disengagement processes–that is, how they turn languages ‘on’ and ‘off’,’” said  Blanco-Elorrieta.

Participants in the study could switch from using both ASL and English to just one of the languages which would show how the brain responds to turning on and off a specific language.

The researchers asked the participants to view pictures and name/sign what they saw. Magnetoencephalography was used to map the neural activity in the brain when the participants named the images.

When the participants switched between speaking and signing, the researchers found that turning off a language required more effort and increased neural activity. However, turning a language on didn’t increase activity in the brain.

The researchers also found that speaking and singing at the same time was not any more taxing than just speaking. They also noticed that it was actually easier to sign and speak than just sign

“In all, these results suggest that the burden of language-switching lies in disengagement from the previous language as opposed to engaging a new language,” said Blanco-Elorrieta.