How categorization could be key to applying brain training to real life • Earth.com 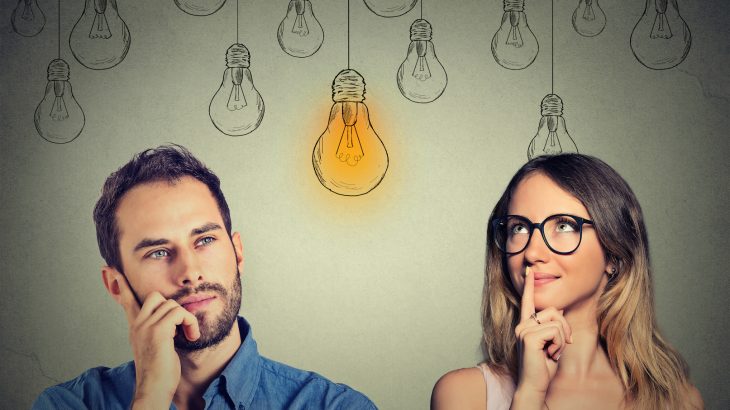 While there are many apps and games out there that claim to make you smarter, scientifically speaking all these apps do is make you good at that specific game.

Getting these skills to transfer to real world problem solving is whole other matter, and it’s such a frustrating problem for cognitive researchers that it’s even got a catchy name, “the curse of specificity.”

In other words, even though you may be remarkably skilled at a brain-training memory game, it doesn’t necessarily mean you’ll be any better at not forgetting what to buy at the store.

But now, researchers from Brown University may have found a way to transfer learning from an activity to the real world.

Their findings were published in the journal Current Biology.

“This challenge of transferring improvements on specific, simple cognitive tasks to complex, everyday tasks has been called the ‘curse of specificity,’” said Takeo Watanabe, an author of the study.

For cognitive researchers like Watanabe, this curse presents a problem when trying to apply hopeful results from studies to patients to help improve cognition.

For the new study, the researchers focused on visual perception learning where the neurons in the visual part of the brain are occupied with processing an object’s features so the object can be later identified.

The researchers had 12 participants who were graduate or undergraduate students take part in a categorization experiment.

“Categorization is the process the brain uses to determine if, for example, an image is a snake or a stick, and it generally occurs in a higher brain region,” said Yuka Sasaki, a co-author of the study. “Doing categorization before the visual perceptual learning tasks was a simple idea, but the effect of transfer on that level is huge.”

The participants were first taught to categorize blurry striped circles called Gabor patches into two groups depending on the angle of the stripes in the circle.

For the next five days, participants practiced identifying and categorizing the Gabor patches.

“Usually learning is very specific, but categorization — which happens often in our daily lives — can make transfer possible,” said Sasaki. “We think that this finding could be especially useful for clinical purposes. You won’t have to train patients on every possible combination of stimuli.”

Next, the researchers would like to continue exploring how categorization helps learning transfer using magnetic resonance imaging to record brain activity as participants take part in visual perception learning training.