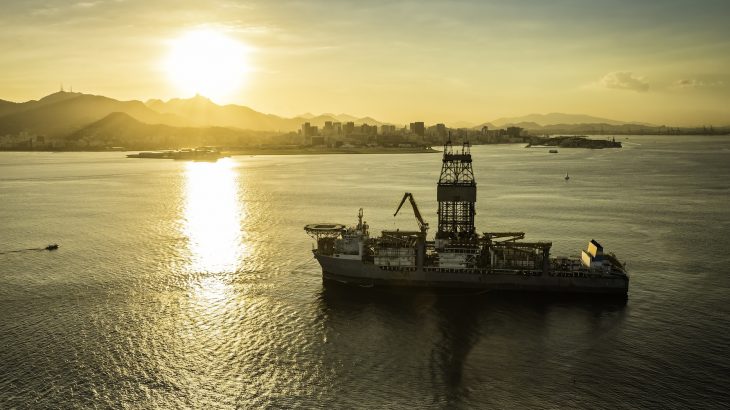 Brazil’s president is not known to be a friend of the environment. In fact, the opposite seems to be true of Jair Bolsonaro, a man who has set industrial agriculture against the likes of the Amazon rainforest. It’s not surprising then that under President Bolsonaro, Brazil is allowing prospecting for oil near an important protected marine area.

The Associated Press reported in April that Bolsonaro greenlit auctioning off of seven offshore oil fields in the northeast of Brazil, going against advice from Brazil’s environmental agency IBAMA. The organization recommended no oil exploration in 7 out of 42 offshore oil fields. The head of IBAMA, appointed by Bolsonaro himself, rejected the official analysis.

This comes at a time when Brazil is moving to privatize oil exploration and other industries. The country is rapidly becoming less dependent on the state-run Petrobras, which Bloomberg reported produced 93% of Brazil’s oil in 2010. This move seems to fit perfectly with Bolsonaro’s campaign promises to revive industry without the ‘red tape’ of environmental regulations. The impact of a potential oil spill in the region, the official recommendation warned, could be catastrophic.

An oil spill could affect the coast of two Brazilian states and even hit Abrolhos Marine National Park. The marine park is considered the most biodiverse place in the South Atlantic, Mongabay reports. The park is made of a chain of small volcanic islands: Guarita, Santa Bárbara, Redonda, Sueste and Siriba. The habitat consits of rare mangroves and coral reefs that shelter unique and beautiful species. 270 species of reef fish can be found in the marine park, as sea turtles, masked boobies and humpback whales all make use of the habitat. The whole area of the marine park covers about 37,000 square miles, Conservation International reports, and it also supports thousands of fishermen and people in the tourism industry.

The official analysis reported that an oil spill could get to the islands in the park within two days and wouldn’t be adequately responded to. The report notes that the impact of an oil spill to corals and mangroves would be irreversible.

Wildlife would be impacted directly even without an oil spill. From 2008 until 2010, former Brazilian environmental minister Carlos Minc blocked oil exploration in the area because of the disruptive effect of ships on migrating humpback whales.

“Humpback whales left the list of animals under threat of extinction because of this,” Minc told the Associated Press. “How could Brazil be taking this step back?…We have to stop them from destroying our marine biodiversity in the name of profits.”

Brazil is already becoming a large oil producing nation, even without the new oil exploration. Bloomberg reported earlier this year that Brazil is in the beginning of an oil boom. The country now has massive offshore oil facilities that have lifted its oil production to 365,000 barrels per day. This is the largest oil production increase for Brazil in two decades.

Brazil’s boost in oil production comes only second to that in the United States and it’s possible that it will cause problems for OPEC nations. This may be especially true considering the cozy relationship between Jair Bolsonaro and President Donald Trump. Many have compared the former to the latter, even calling Bolsonaro ‘Tropical Trump’ with his uncensored right wing rhetoric and self-styled tough guy attitude.

I’ve previously reported that Bolsonaro’s policies threaten the Amazon rainforest, but Brazil has many other natural environments that are threatened as well, including the marine and coastal environments of Brazil. More oil is predicted to be produced by Brazil in the near future, partially perhaps due to Bolsonaro’s relaxed environmental policy but also purely because of the resource availability and discovery. One of Brazil’s offshore oil fields is predicted to reach 1 million barrels of oil output per day, second only to an oil field in Saudi Arabia.

All together, Brazil is the most biodiverse nation in the world. The UN’s Biofin website notes that Brazil is one of only 17 megadiverse nations in terms of biodiversity. Of Brazil’s environments, there are six terrestrial and three major marine biomes in Brazil, in total supporting 15-20% of the entire world’s biodiversity. Brazil is home to the longest continuous stretch of mangroves in the world at 1.3 million hectares and contains the South Atlantic’s only reef systems. These are some of the environments specifically threatened by the specter of an offshore oil spill.

Brazil as a whole can boast that it contains approximately 70% of the world’s scientifically recognized animal and plant species. Mongabay reports that Brazil holds 17.6% of the world’s bird species, 20.8% of vascular plants and 13.7% of the world’s fishes. Brazil of course has protected areas, but those areas are only protected by law and the rule of government.

UNESCO reports that .5% of Brazil’s marine areas are protected, corresponding to part of 1,479,286 square kilometers of protected area total. But what does protection mean when a democratically elected leader turns his back on environmental regulations and protections? Bolsonaro has no respect for indigenous land reserves, vowing to turn the land over to agribusiness. The Independent reported recently that Bolsonaro is giving the ok to pesticides banned elsewhere that chemically castrate frogs. In fact, there has been a significant spike in approvals of pesticide and weed killer approvals under Bolsonaro. Approving offshore drilling falls in the same vein.

It seems Bolsonaro and governmental leaders like him are determined to sell out safety and the lives of those unlike him for short term financial profit. For Bolsonaro, the ocean is just a place to drill for oil, the rainforest is just an obstacle to ever expanding agriculture dependent upon a chemistry set of fertilizers and pesticides. The danger of putting a price tag on the lives of countless animals and stunning landscapes is that someone will pay it. For Bolsonaro, there seems to be no value that can’t be paid for in cash.