Birds and Brews: How breweries are trying to conserve western river habitats • Earth.com 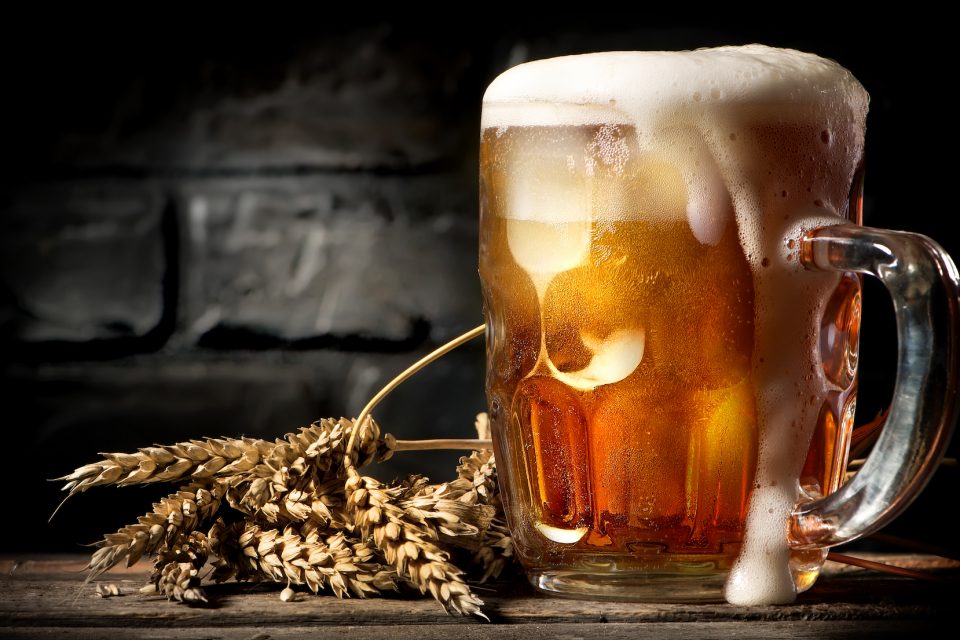 Birds and Brews: How breweries are trying to conserve western river habitats

To make beer, you need water.  According to Carey Matthews, general manager of Many Rivers Brewing, it takes 3 to 7 barrels of water to make just one barrel of beer.

The number in some breweries can be as high as 10 barrels of water to create 1 barrel of beer.  Kim Marotta of MillerCoors told CNBC of the importance of water in brewing, noting “It’s the main ingredient in our beer. It helps clean our brew kettles. It helps water our crops…Without that water, I don’t want to even think about what would happen.”

It seems counter intuitive that drinking beer could possibly help responsible water use and river conservation, especially in the arid western United States.  What is obvious though, is that if we are going to continue to drink beer or any other beverage, we must have a reliable water source to produce that beer. It’s also obvious that industries using water stand in a unique position to improve water conservation and when it comes to much of the west, improve river health.

Water is a problem, globally, in the US and especially in the arid western portion of the country.  The Growler pointed to a 2012 National Security Assessment by the Pentagon that says that water shortages caused by climate change are the greatest threat to global security.  A war for water is a war for survival, something all people would fight for. If we don’t want a dark dystopian future like the one presented in T.C. Boyle’s A Friend of the Earth, where sake is the only alcoholic beverage available, we must practice solid water conservation.

The realities of water usage in the western US and a desire to help is the impetus behind Many Rivers Brewing, a Colorado Public Benefit Corporation (PBC), which Carey Mathews explained to me in email as:

“For profit corporation or domestic cooperative that is intended to produce one or more public benefits and to operate in a responsible and sustainable manner.  Basically, this means that one of our core tenets is to provide a service for the greater good and not just make our shareholders money. So in our case, we donate 100% of our profits towards river conservation purposes.”

Many Rivers is part of a trend of craft breweries and environmental non-profits coming together to protect western water sources, most notably the Colorado River.

Over 70% of the water used in beer comes from agriculture, according to Kim Marotta.  So it makes sense that water conservation related to brewing might start with farmers.  In farming towns like the one I grew up in on the Western Slope of Colorado, irrigation canals form a framework for the organization of the whole community.  All the irrigation water comes from rivers and one of the greatest suppliers of water to western agriculture is the embattled Colorado River and its tributaries.

We’ve seen the rumblings of what could easily turn into future water wars in places like California where almond growers are pitted against others living in the state.  What has happened in California is little more than a cautionary tale, and Bloomberg reports that the drought ended in 2016 and the almonds have rebounded.  Still, with increased global climate change and human populations doing nothing but rising, it’s become clear that agricultural norms, especially in arid places need to change.  Beer is part of the mix in California along with the almonds too. The Growler reports that California had in 2016, 600 craft breweries which account for 24.5 million gallons of water used to make beer.  Even more breweries are in the future of California and the US as well.

The Nature Conservancy is part of a cooperative effort between craft brewers and environmental groups intent on being able to drink beer and leave water for the wild as well.  Both the cause of good beer and a vibrant natural environment resonate strongly with me on a personal level. Singuamalt starts the story of beer and conservation cooperation with malt barley agriculture.

Malted grain is a grain that has been soaked in water so that it starts to germinate.  After germination, the process is stopped before the grains can grow into full blown plants by being dried in hot air.  The process of malting is dedicated to the creation of sugars and enzymes that can form yeasts. The process is also essential for the creation of beer as well as other alcoholic beverages and some candy.

In 2015, The Nature Conservancy got into the business of creating malt, specifically malt for beer.  Chip Norton, Verde Conservation District Supervisor, and Kim Schonek, Verde River Water Transactions Manager for The Nature Conservancy, started working with farmers to develop crops that used less water in Arizona.  Together, Chip and Kim started a pilot project of Harrington 2-row malt barley harvested by farmer Zach Hauser in February 2016. The project showed good results and today Sinagua Malt is an Arizona Benefit Corporation that processes barely grown by local farmers into malt.  The end result is good for the Colorado River’s continued flow. Barley is a winter crop, grown when the Colorado River has less pulls on it from traditional summer agriculture, so there’s more water to go around during the growing season for barley in Arizona. Carey Matthews told me that the end result is 50% less water used by the malt barley growers.

The Audubon Society is involved in the action as well.

“Audubon Arizona began our partnerships with craft breweries through our monthly Birds n’ Beer speaker series – a free community event during which folks enjoy craft beer over a wildlife/conservation themed presentation,” said Steve Prager of Audubon Arizona. “This program was devised to bring an audience different from our usual older, whiter, wealthier, birding population through our doors.  We are very aware that if conservation efforts are to be successful, we need EVERYONE engaged.”

“We got involved with the Western Rivers Brewers Association because it aligns with our mission and brings together brewers with likeminded goals,” said Matthews.  “They are based out of Arizona and two of our founders/board members are in Arizona… It’s important to think about water conservation from start to finish in the beer making process, so even at the agricultural level of the raw materials!”

Steve Prager also told me that different member breweries bring different strengths to the organization and highlighted their collective power to further community engagement.  Prager also noted what’s at stake, something any westerner with a keen eye to the environment already knows.

“In Arizona, nearly two thirds of our threatened and endangered species depend on riverside habitats at some point within their lifecycle – and they’re not alone,” said Prager. “ In the arid west, communities, economies, and just about everything else relies on secure, reliable, and sustainable water supplies… The public, especially those living in the Colorado River Basin, should know that changes in climate are resulting in not just drought, but long-term aridification.  This means that lower flows in the river are the new normal, and that we must find ways to reduce our usage. If we lose our Colorado River water allotment, water users are likely to seek new sources of water, and water resources like groundwater, along with existing regulations that promote sustainable water planning, would have a greater potential of coming under increased scrutiny and pressure. In the struggle to secure reliable water supplies during such dire conditions, it is very likely that rivers and birds would not come out on top.”

For me, the strength of the collaboration between breweries and river conservation rests on it’s advocacy.  Of course, many people enjoy beer. If you feel your beer is threatened, it may hit closer to home than if you feel some endangered species you’ve never heard of is threatened.  Maybe it could start you on the path to considering everything else at stake, things you’ve never thought of. It’s telling that the story of Many Rivers Brewers started with its founder Tim Carlson pondering not how to make good beer but how to push money into river conservation.  Tim had already spent 40 years as an environmental engineer working on river restoration before founding Many Rivers. The importance of rivers in Colorado can’t be over emphasized either.

“In terms of river conservation, there is an unending list of things we need to focus on to keep our rivers clean, safe and vibrant,” Carey Matthews said. “One of the most tangible concerns right now is general river health in the midst of droughts throughout the West.  When our rivers dry up, it affects everyone. The Colorado River alone provides drinking water for 30 million Americans and helps grow 90% of the nation’s winter vegetables.”

That means that wherever you are in the US, the Colorado River probably plays a role in your life.  It’s good to know some of the breweries out there are actually fighting to stay alive and also keep rivers in the west healthy.