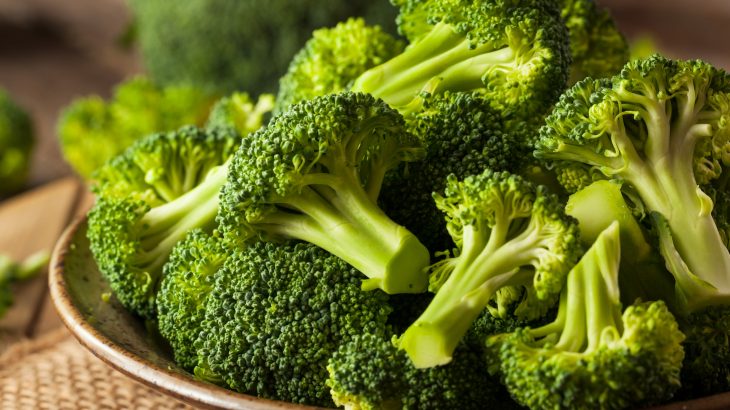 Broccoli and other cruciferous vegetables, like cauliflower, cabbage, Brussel sprouts, and kale, contain a compound that inactivates a gene, called WWP1, that contributes to the growth of several common human cancers.

“We found a new important player that drives a pathway critical to the development of cancer, an enzyme that can be inhibited with a natural compound found in broccoli and other cruciferous vegetables,” Pandolfi said. “This pathway emerges not only as a regulator for tumor growth control, but also as an Achilles’ heel we can target with therapeutic options.”

The team came to their conclusion, published in Science, by first addressing a well-known tumor suppressive gene known as PTEN. PTEN, of which humans have two copies from both parents, is often mutated, deleted, down-regulated, or silenced in the presence of human cancers. However, both PTEN genes are rarely affected, but rather just diminished.

So, Pandolfi and his team located the molecules and compounds that regular PTEN with the intention of figuring out how to normalize PTEN levels in a cancerous setting to regenerate the gene’s suppressive traits.

The team found that WWP1 produces the enzyme responsible for thwarting PTEN’s tumor suppressive activity. Upon further inspection of the enzyme, Pandolfi and his colleagues realized that the indole-3-carbinol (I3C) molecule, found in cruciferous vegetables like broccoli, could be the key to combating WWP1.

And they were right. After administering I3C to cancer prone lab animals, the researchers watched the compound inactivate WWP1, thusly allowing PTEN to get back to its suppressive work.

Although there’s nothing wrong with upping your cruciferous vegetable intake in an effort to up your PTEN efficiency, first author Yu-Ru Lee, PhD, notes one would have to consume about six pounds of uncooked Brussel sprouts per day to reap any kind of anti-cancer benefit. The team hopes to further their research to use this new knowledge to develop WWP1-inhibiting treatments.

“Either genetic or pharmacological inactivation of WWP1 with either CRISPR technology or I3C could restore PTEN function and further unleash its tumor suppressive activity,” Pandolfi said. “These findings pave the way toward a long-sought tumor suppressor reactivation approach to cancer treatment.”