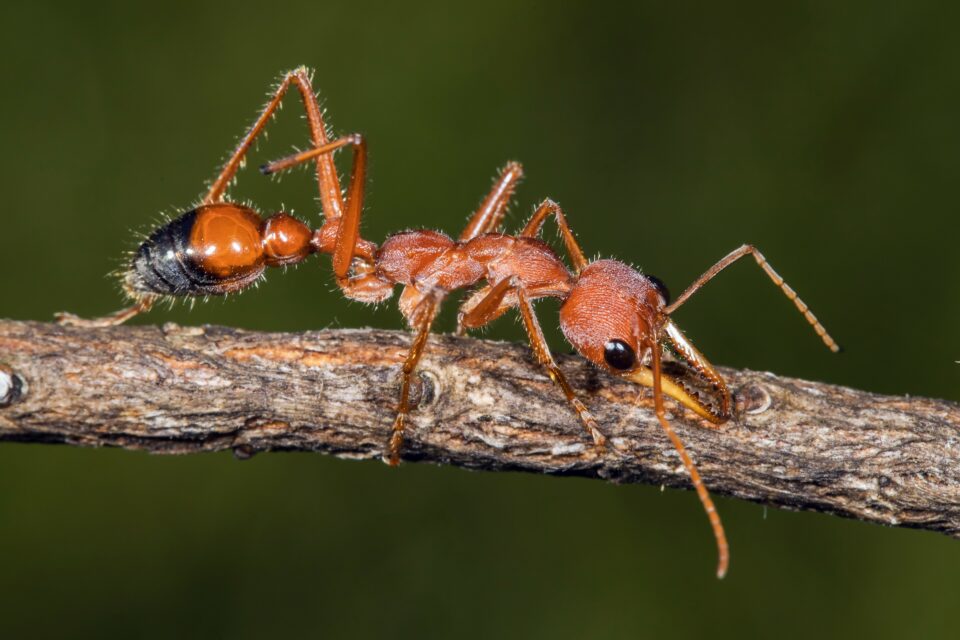 Bull ants have a ferocious sting that causes long-term pain

New research on Australian bull ants shows how their venom has evolved to perfectly target a key predator, the echidna, by inflicting long-term pain.

Dr. Sam Robinson and David Eagles from UQ’s Institute for Molecular Bioscience found a venom molecule that exploits a pain pathway in mammals, which has evolved as a ‘secret weapon’, specifically to stop echidnas attacking the ant’s nests and going after their young.

“Venoms are complex cocktails and while bull ant venom contains molecules similar to those found in honey bee stings which cause immediate pain, we also found an intriguing new molecule that was different,” said Dr Robinson.

The venom molecule appears to be present for the sole purpose of defending against mammals as it matched the sequence of hormones related to Epidermal Growth Factor (EGF) and was closely related to that of the echidna.

In other words, the venom has a toxin that mimics a hormone of it’s enemy, which exploits the pain pathway, causing not just an immediate sting, but long-term sensitivity to pain. This long-term pain may cause the echidna to think twice before it strikes again.

“Many small carnivorous marsupials, like bandicoots, eat individual ants, but only the echidna is known to attack bull ant nests and target their young – we think that making the echidna sensitive to pain, in tandem with the immediate ‘bee-sting’ pain, may dissuade it from returning to the nests,” said Dr. Robinson. “It brings to mind the ancient proverb ‘to know your enemy, you must become your enemy.’”

While the study is specific to how the bull ant’s venom inflicts chronic pain on its greatest predator, the research shows promise of informing new approaches to treating long-term pain in humans.

For example, EGF-inhibitor drugs are commonly used to slow cancer tumor growth, and the patients that take them experience less pain.

The researchers hope that their findings can encourage new strategies for pain treatment, especially for long-term pain, where treatment is limited.

A quick Youtube video provides a summary of the research findings, which are published in the journal Proceedings of the National Academy of Sciences.