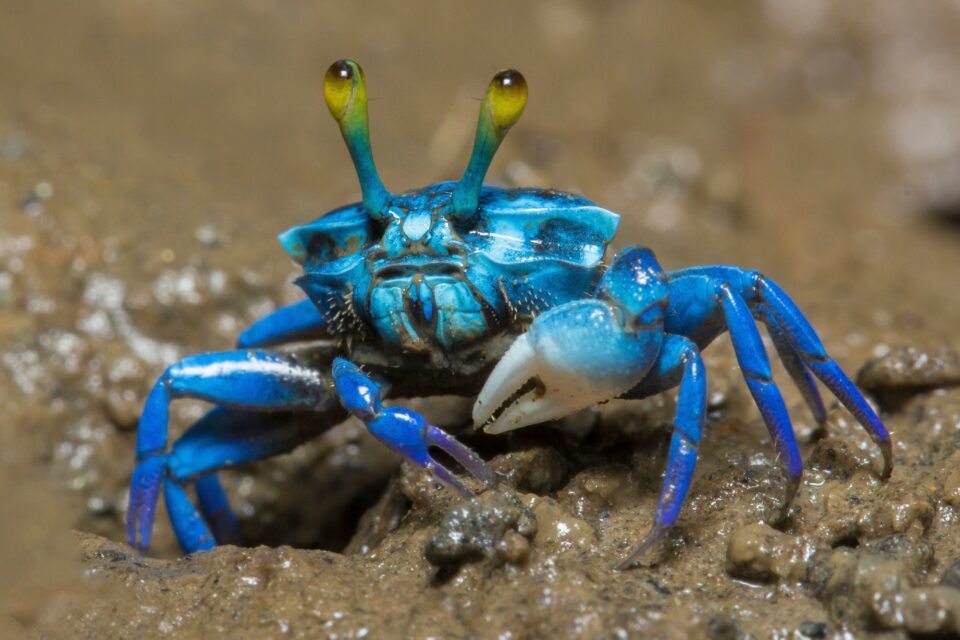 Plant growth in arid mangroves is often limited by a lack of precipitation, poor nutrient availability, and high soil salinity. Soil bacteria play a crucial role in processes that sustain plant growth, such as transforming dead vegetation into useful nutrients. However, regardless of its importance for the health of mangrove habitats, the sediment microbiome of these ecosystems has been largely overlooked in previous scientific studies.

“Mangroves are the most efficient ecosystem in the world at absorbing carbon dioxide and therefore fighting climate change,” said study lead author Marco Fusi, a marine scientist at KAUST. However, since global warming puts increasing pressure on these already vulnerable ecosystems, Fusi and his colleagues embarked on a quest to understand how their resilience could be improved.

The scientists investigated whether soil disturbance, or “bioturbation” by fiddler crabs affects the sediment microbiome and consequently plant growth in an arid mangrove ecosystem on the Red Sea. “The rationale behind this research is that the continuous soil reworking by the ‘animal engineers’ creates an ‘oxygenation halo’ around the burrows, which makes the sediment more hospitable to bacteria that, in turn, help the plant with nutrients,” explained study senior author Daniele Daffonchio, a professor of Marine Science at KAUST.

By analyzing ten plots isolated by fences, with five of them containing extra crabs brought in from nearby mangroves, the researchers found that the enriched plots contained more beneficial bacteria, including several Gammaproteobacteria and Alphaproteobacteria which produce chemicals essential for trapping iron in the sediment. Since Red Sea mangroves are iron deficient, bacteria that help deliver iron to the trees can significantly improve their growth.

In future research, the scientists aim to assess whether bioturbation can also impact the settling and growth of mangrove seedlings. According to Fusi, “understanding how bioturbation affects the microbial community is extremely important to drive nature-based solutions to protect, restore and conserve mangroves.”

The study is published in the journal Microbiology Spectrum.