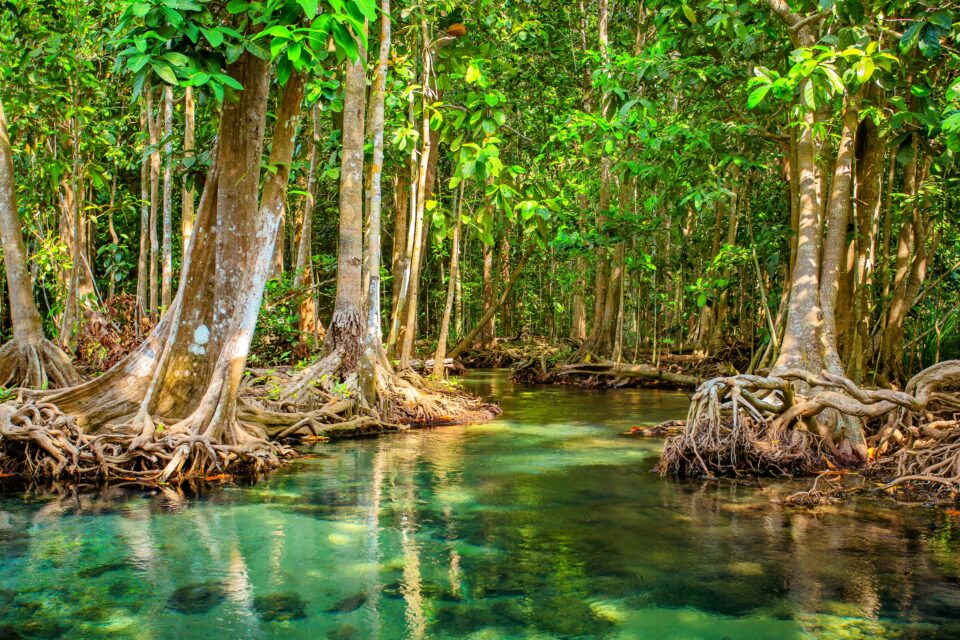 Mangroves are a type of trees, palms, and shrubs that are usually found along tropical and subtropical coastlines, thriving in the vicinity of salt water. However, an ancient mangrove ecosystem located in the Yucatán Peninsula more than 120 miles away from the nearest ocean has recently attracted considerable scientific attention due to its unusual location.

Carlos Burelo, a native of the region and researcher at the Universidad Juárez Autónoma de Tabasco, drew the attention of the scientific community to the existence of this ecosystem in 2016. “I used to fish here and play on these mangroves as a kid, but we never knew precisely how they got there,” said Burelo. “That was the driving question that brought the team together.”

Integrating geologic, genetic, and vegetation data with sea-level modeling, the scientists found that the mangrove forests had reached their current location during the last interglacial period, about 125,000 years ago, and have remained there in isolation as the temperatures dropped and the oceans receded during the last Ice Age.

“The most amazing part of this study is that we were able to examine a mangrove ecosystem that has been trapped in time for more than 100,000 years,” said study co-author Octavio Aburto-Oropeza, a Marine Ecologist at the Scripps Institution of Oceanography.

“There is certainly more to discover about how the many species in this ecosystem adapted throughout different environmental conditions over the past 100,000 years. Studying these past adaptations will be very important for us to better understand future conditions in a changing climate.”

The study sheds light on the extensive landscape impact past periods of climate change had on the world’s coastlines. During the last interglacial period, most of the Gulf of Mexico’s coastal lowlands were under water, which retreated only when temperatures started to fall. However, besides providing a glimpse into the ancient geography of the Mexican tropics, these findings also help us better understand how current climate change could affect sea-levels.

“The story of Pleistocene glacial cycles is written in the DNA of its plants waiting for scientists to decipher it but, more importantly, the San Pedro mangroves are warning us about the dramatic impact that climate change could have on the coastal plains of the Gulf of Mexico if we do not take urgent action to stop the emission of greenhouse gases,” the authors concluded.