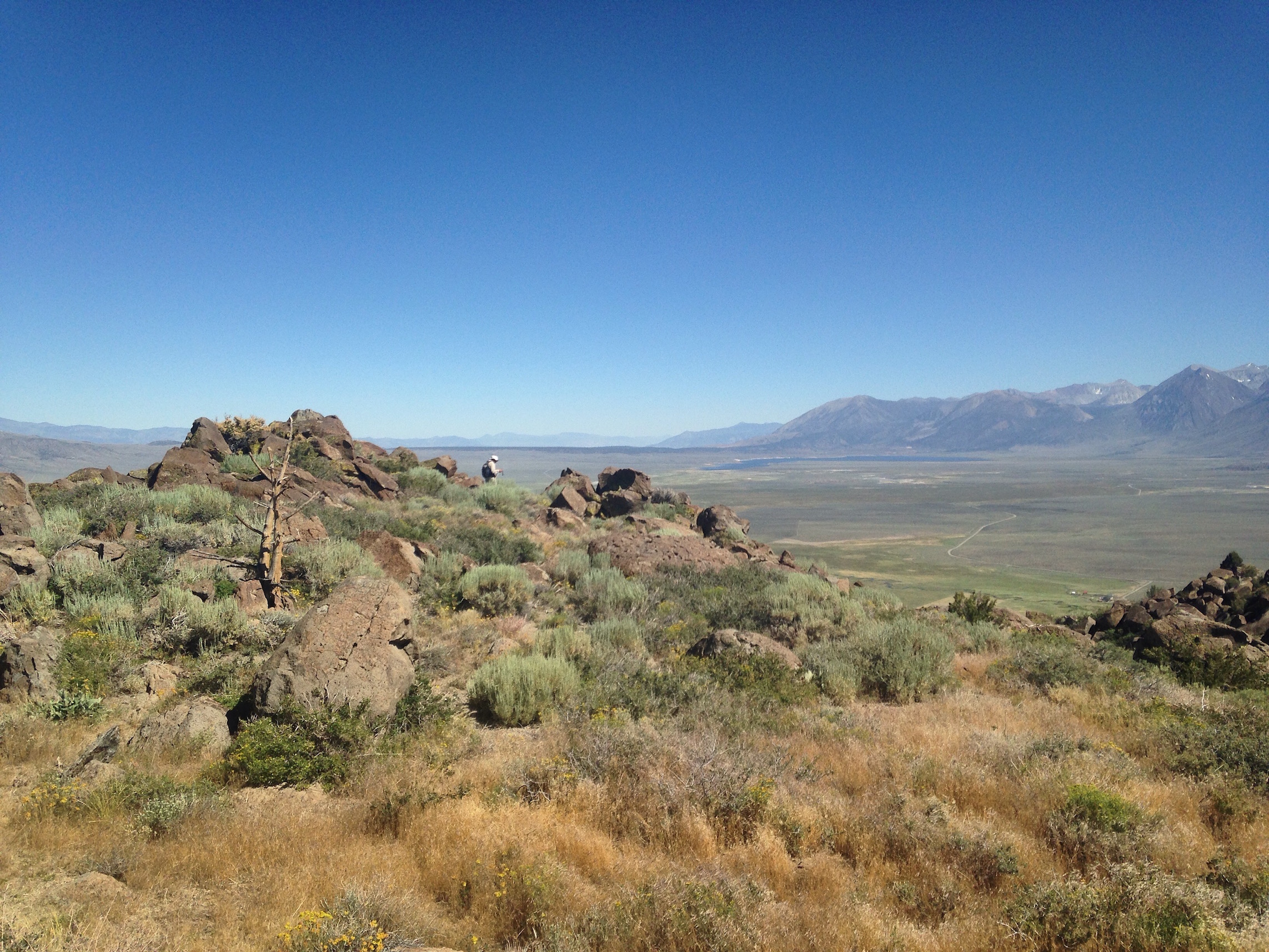 Geologists have been long drawn to Long Valley, California, to gain insight into the “super-eruption” that occurred in this region 765,000 years ago. A new study from the University of Wisconsin-Madison reveals that the giant body of molten rock that exploded in Long Valley was much cooler than previously thought in the time leading up to the eruption.

“The older view is that there’s a long period with a big tank of molten rock in the crust,” said first author Nathan Andersen. “But that idea is falling out of favor. A new view is that magma is stored for a long period in a state that is locked, cool, crystalline, and unable to produce an eruption. That dormant system would need a huge infusion of heat to erupt.”

While the rock needs to reach 700 to 850 degrees to erupt, a quick rise of much hotter rock from deep below could also initiate an eruption.

“Basically, the picture has evolved from the ‘big tank’ view to the ‘mush’ view, and now we propose that there is an underappreciation of the contribution of the truly cold, solidified rock,” said Andersen.

The researchers performed a detailed analysis of argon isotopes in crystals from the Bishop Tuff, high-volume rock released when the Long Valley Caldera formed. Argon, which is produced by the radioactive decay of potassium, escapes too quickly from hot crystals to accumulate in a body of magma. This means that the crystals should have formed at the same time if the body of magma was uniformly hot before eruption.

Using a high-precision mass spectrometer, the team found that the crystals dated back inconsistently over a time period of 16,000 years. This led the scientists to determine that there was a presence of argon that had formed long before the explosion, demonstrating that there were unexpectedly cool conditions prior to the eruption.

“Nathan found that about half of the crystals began to crystallize a few thousand years before the eruption, indicating cooler conditions,” said co-author Brad Singer. “To get the true eruption age, you need to see the dispersion of dates. The youngest crystals show the date of eruption.”

As scientists learn more about the pre-eruption process, their ability to forecast volcanoes could improve. Understanding what caused this and other massive eruptions may help scientists predict when and where the explosions may happen next.

“This does not point to prediction in any concrete way,” said Singer, “but it does point to the fact that we don’t understand what is going on in these systems, in the period of 10 to 1,000 years that precedes a large eruption.”

The research is published this week in the Proceedings of the National Academy of Sciences.