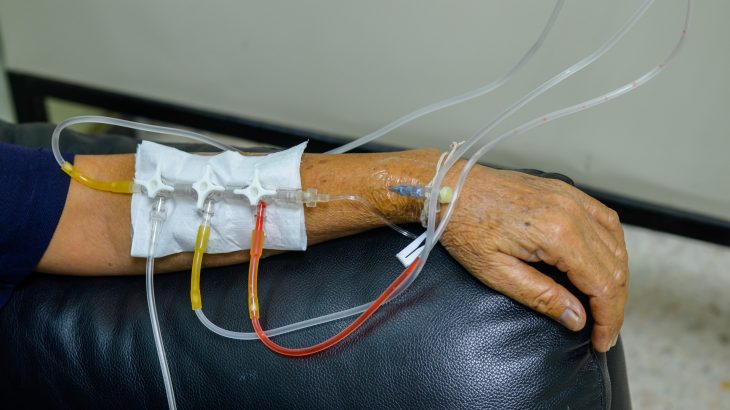 In a study from the Universal Health Network, a team of researchers led by Dr. Catherine O’Brien has found that cancer cells can transition into a dormant state when they are threatened by chemotherapy. According to the investigation, all cancer cells, and not just a specific subset, have the ability to rest in this protective state until the threat of treatment is over.

The study is the first of its kind to reveal that cancer cells utilize an evolutionarily conserved strategy to persevere throughout intensive therapy. The researchers have also found that cancer regrowth can be prevented by using therapeutic strategies that target cancer cells in this slow-dividing state.

“The tumor is acting like a whole organism, able to go into a slow-dividing state, conserving energy to help it survive,” said Dr. O’Brien. “There are examples of animals entering into a reversible and slow-dividing state to withstand harsh environments. It appears that cancer cells have craftily co-opted this same state for their survival benefit.”

Dr. Aaron Schimmer is the director of the Research Institute and a senior scientist at the Princess Margaret Cancer Centre. He explained that the research shows that cancer cells hibernate like “bears in winter.”

“We never actually knew that cancer cells were like hibernating bears. This study also tells us how to target these sleeping bears so they don’t hibernate and wake up to come back later, unexpectedly,” said Dr. Schimmer.

“I think this will turn out to be an important cause of drug resistance, and will explain something we did not have a good understanding of previously.”

The cancer cells have adopted a strategy that is used by many mammal species to keep their embryos safe inside their bodies in times of extreme environmental conditions, such as brutal temperatures. When the conditions improve, the embryo is able to continue normal development, with no adverse effects on the pregnancy.

Once the cancer cells have achieved a low-energy state of existence, there is minimal cell division, greatly reduced metabolism, and embryo development is put on hold.

Dr. O’Brien, who is a surgeon specializing in gastrointestinal cancer, explained that cancer cells under attack by the harsh chemotherapy environment are able to adopt the embryonic survival strategy.

“The cancer cells are able to hijack this evolutionarily conserved survival strategy, even as it seems to be lost to humans,” said Dr. O’Brien, adding that all of the cancer cells enter this state in a co-ordinated manner, in order to survive. She had a breakthrough when she remembered a talk three years ago on the cellular mechanisms which drive this survival strategy in mouse embryos.

“Something clicked for me when I heard that talk. Could the cancer cells be hijacking this survival mechanism to survive chemotherapy?”

In collaboration with Dr. Ramalho-Santos, a researcher at Toronto Mt. Sinai Hospital who had initially presented the concept, Dr. O’Brien found striking similarities between the gene expression profile of the cancer cells in the chemotherapy-induced state and the dormant mouse embryos.

Like the embryos, cancer cells in the slow-dividing state were found to activate the cellular process called autophagy. This is a process in which the cell “devours” or destroys its own proteins or other cellular components to survive in the absence of other nutrients.

When Dr. O’Brien tested a small molecule that inhibits autophagy, she discovered that the cancer cells did not survive. Without their protective mechanism, the cancer cells were killed by chemotherapy.

“This gives us a unique therapeutic opportunity,” said Dr. O’Brien. “We need to target cancer cells while they are in this slow-cycling, vulnerable state before they acquire the genetic mutations that drive drug-resistance. It is a new way to think about resistance to chemotherapy and how to overcome it.”