Testing for cannabis potency is problematic in chocolate edibles • Earth.com 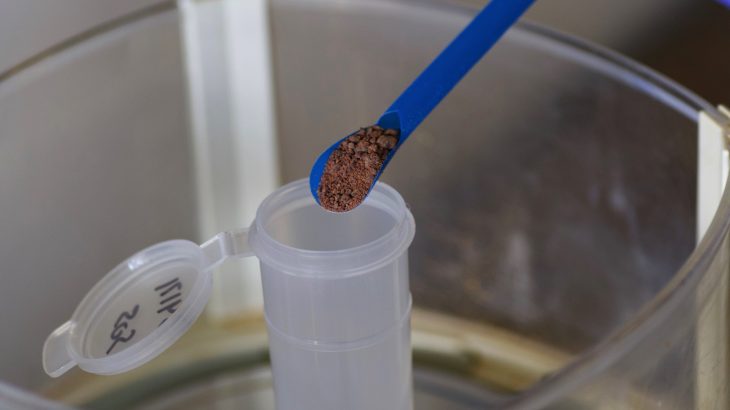 Testing for cannabis potency is problematic in chocolate edibles

Since recreational marijuana was first legalized in Washington and Colorado in 2012, edibles have become a huge part of the cannabis industry.

Edibles are foods infused with cannabis, and these days you can find everything from gummy bears to cookies to chocolate bars that contain marijuana at dispensaries.

These cannabinoid-infused treats have flooded the market, but a new study has found that components in chocolate are leading to inaccurate potency test results.

Edible manufacturers must adhere to strict labeling and potency standards.

That’s where testing labs come in. David Dawson, a researcher at CW Analytical Laboratories, a cannabis testing lab in California, and his team noticed variations while testing chocolate edibles.

“My research focuses on cannabis potency testing because of the high stakes associated with it,” said Dawson. “If an edible cannabis product tests 10% below the amount on the label, California law states that is must be relabeled, with considerable time and expense. But it’s even worse if a product tests 10% or more above the labeled amount — then the entire batch must be destroyed.”

Chocolate edibles are extremely common, and the researchers tested the potency of differently prepared samples.

The researchers experimented with the amounts of chocolate, the type of chocolate, and the concentrations of Δ9-tetrahydrocannabinol, the major psychoactive component of cannabis.

“When we had less cannabis-infused chocolate in the sample vial, say 1 gram, we got higher THC potencies and more precise values than when we had 2 grams of the same infused chocolate in the vial,” said Dawson. “This goes against what I would consider basic statistical representation of samples, where one would assume that the more sample you have, the more representative it is of the whole.”

Chocolate contains a component that is leading to inaccurate results, and the researchers say that this component is suppressing the signal for Δ9-tetrahydrocannabinol.

“Simply changing how much sample is in the vial could determine whether a sample passes or fails, which could have a huge impact on the producer of the chocolate bars, as well as the customer who might be under- or overdosing because of this weird quirk of matrix effects,” said Dawson.

The researchers have not pinned down exactly what is hindering the potency tests, but it likely has something to do with the fat content in chocolate as Δ9-tetrahydrocannabinol is fat-soluble.

The findings will be presented at the American Chemical Society (ACS) Fall 2019 National Meeting & Exposition taking place this week through Thursday.