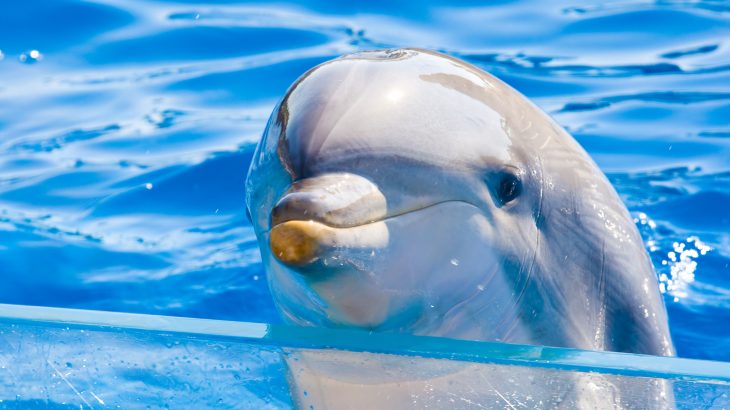 In one of the largest international studies of its kind, a team of researchers led by the Brookfield Zoo in Illinois are working to assess the health and wellbeing of dolphins and other marine mammals in captivity.

While the quality of care at many zoos is often top-notch and dedicated zoologists, trainers, and handlers work to ensure their animals are receiving everything they need, there has been increasing concern that animals don’t belong in captivity.

This study is hoping to provide a detailed framework for assessing an animal’s health and wellbeing in captivity as well as show that zoos allow animals to thrive.

The researchers plan to analyze biomarkers including blood, gastric, fecal and respiratory samples. Data on 290 Indo-Pacific dolphins, 20 beluga whales, eight Pacific white-sided dolphins from 44 accredited aquariums and zoos in seven countries are included in the study.

Some of the animals in the study have been equipped with sensors to track speed and movement. The sensors will help show the researchers how much of their tank the dolphins utilize and how they navigate their surroundings.

Overall, data from the sensors, veterinary exams, surveys, samples, and video footage will be analyzed by the researchers, according to the Chicago Tribune which reported on the massive undertaking,

“When you think about animal care and welfare, there’s the art and the science to it,” Lance Miller, vice president of conservation science and animal welfare research, told the Chicago Tribune.  “I think 30 years ago it was more of an art form. You had a lot of people with a lot of great knowledge because they had worked with the animals for so long. What we do now is we don’t try to take away from that art, but we try to use science to kind of mesh the two.”

One challenge of assessing wellbeing is that beyond stress indicators, how do you define the happiness of another animal, like a dolphin?

Researchers warn that our tendencies to anthropomorphize may not reflect the realities of how an animal is fairing in captivity.

However, the very real concerns remain that no matter how well cared for an animal is in captivity, it’s still being raised outside of its natural habitat and in some cases not able to travel the long distances they would in the wild.

If the researchers can find a way to quantify and accurately assess wellbeing, it might help put those concerns to rest or encourage more zoos to transition captive marine mammals to natural sanctuaries that more closely mirror their natural habitat.