Capuchin monkeys have been using stone tools for thousands of years • Earth.com 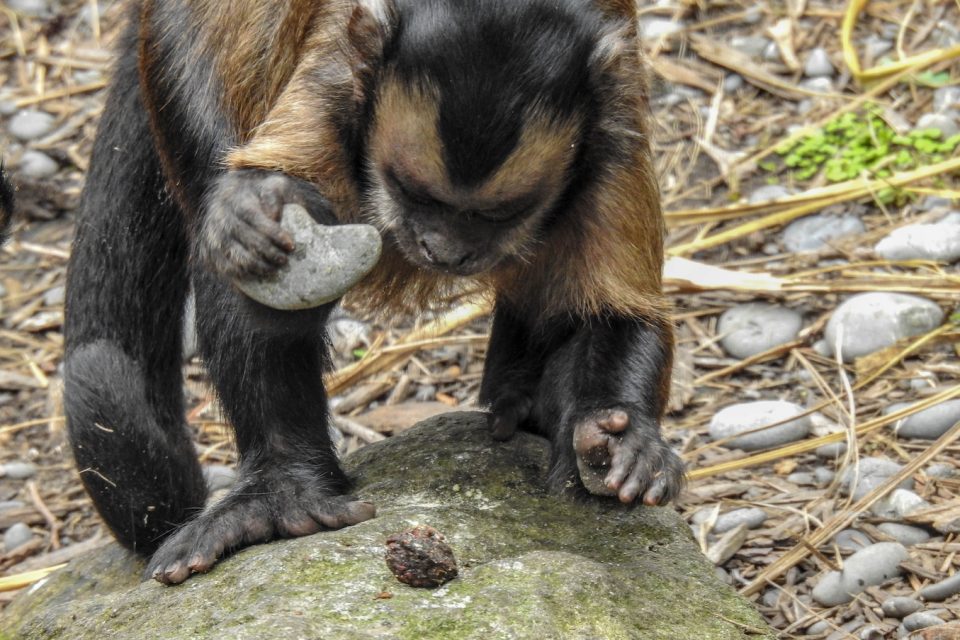 Capuchin monkeys have been using stone tools for thousands of years

Capuchin monkeys evolved about 6.2 million years ago, but new research from archaeologists in Brazil has found that these monkeys appear to be about 3,000 years into their own “Stone Age.”

University College London archaeologist Tomo Proffitt and colleagues dug up an area of Brazil’s Serra da Capivara National Park, where capuchin monkeys have been gorging on cashew nuts for generations. But the important part of this cashew nut buffet is exactly how the monkeys crack these nuts. Capuchin monkeys have been observed using rocks to smash open nuts for years, but Proffitt wanted to determine exactly how long this process has been going on.

In their excavation efforts, the researchers analyzed the stones they dug up and used carbon-dating of fragments of charcoals found near each tool in order to determine how old they were. Their findings showed that capuchin monkeys have been cracking open cashews with rocks at this site for around 3,000 years – or about 450 generations of monkeys. 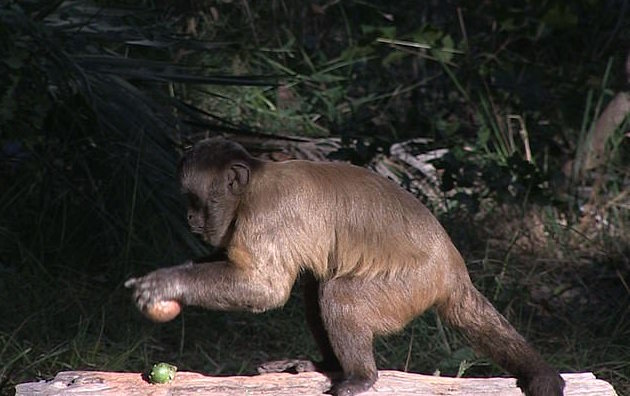 The researchers also found that these monkeys have been changing the size of the tools they used over time, switching from smaller rocks to larger ones and then back to small rocks again. They made the switch to bigger and heavier stone tools roughly 2,500 to 3,000 years ago, but after this period they switched back to using smaller rocks, and still do to this day.

Further assessment of this tool sizing switch has Proffitt and his colleagues postulating that different groups of monkeys could have been using different sized stones, or that cashews were less readily available at certain times, which led to the animals using larger tools to access different types of food.

Currently, capuchin monkeys join humans and chimpanzees as the only animals with a known archaeological record. It’s clear that these animals have been using more brain power than the vast majority of species on our planet, and have found a perfect way to match it with the power of sheer force as well.