Carbon dioxide has a minimal impact on tropical vegetation • Earth.com 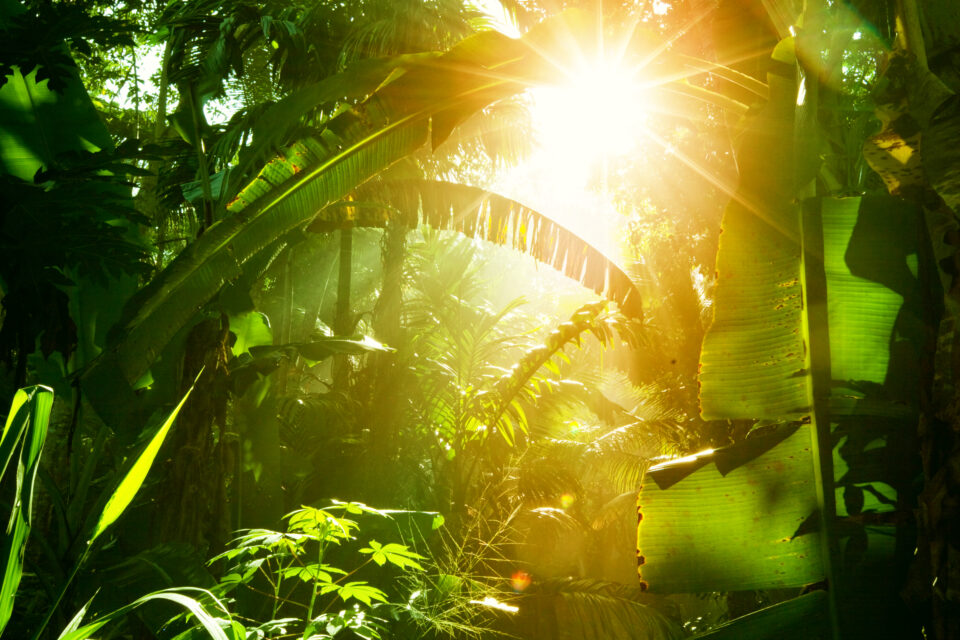 Carbon dioxide has a minimal impact on tropical vegetation

Many of us have heard that more carbon in the air can be good for plants. Some scientists believe an increase in carbon dioxide in the atmosphere could cause tropical grasslands to grow more shrubs and trees, which would enable these areas to store an increasing amount of CO2.

However, an international team of climate scientists has discovered that an increase of carbon dioxide in the atmosphere has minimal effect on tropical forest-savanna transitions. In fact, fire activity and moisture availability were found to be the most important factors for an expanding forest.

“Simply put, we have shown that it does not matter how much CO2 is in the atmosphere if there is not enough water, or there are fires every year, or all the seedlings are eaten by animals,” said study lead author William Gosling of the University of Amsterdam..

This means that simply replanting forests will not be enough to fight climate change because other factors created by climate change (drought and fire) will reduce the forest’s ability to flourish.

“Our paper is a nail in the coffin of the CO2-is-dominant hypothesis and will hopefully lead to more realistic models,” said study co-author Jonathan Overpeck of the University of Michigan. “The idea that you can just plant trees to sequester carbon, and those trees will be safe from a hotter, drier climate thanks to elevated atmospheric CO2 levels – that isn’t a safe bet.”

The research team gathered past carbon dioxide levels from ice-core records. They used the GENIE-1 Earth system model to predict temperature and temperature variation to carry out the study.

“We combined evidence of past environmental change extracted from sediments recovered from Lake Bosumtwi in Ghana with simulated past climate conditions, and the record of global atmospheric CO2 change obtained from ice cores over the last 500,000 years,” explained Gosling.

“What is new from our data is that when you scale up to the landscape scale, the resources available and processes occurring within that landscape are more important than the CO2 fertilization.”

Although the researchers recognize the limitations to their study, they hope that future models looking at CO2 fertilization will improve by including inputs such as herbivory and fire activity.