Most cat owners think they can’t stop their pet from hunting wildlife • Earth.com 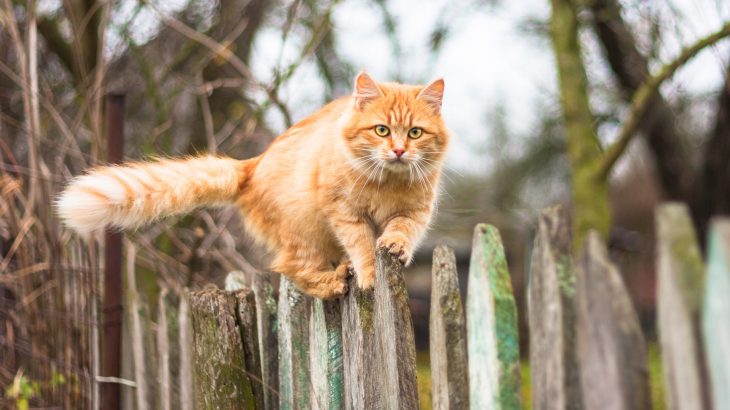 Researchers at the University of Exeter have found that most cat owners think that their pets will instinctively hunt birds and mice whether they discourage the behavior or not. While many owners dislike their cat’s tendency to hunt wildlife, they feel either unable or unwilling to control it.

The team interviewed cat owners about their pets’ hunting behavior, what concerned them about this behavior, and what actions they felt responsible for. Hunting was mostly viewed as an activity that was beyond the individual’s control. However, those who did have the desire to limit hunting did not know how to achieve this without locking their cats indoors, which few owners wanted to do.

Study lead author Dr. Sarah Crowley is an associate research fellow at the Environment and Sustainability Institute on the University of Exeter’s Penryn Campus.

“We found a spectrum of views on hunting, from owners who see it as positive for pest control to those who were deeply concerned about its consequences for wild animal populations,” said Dr. Crowley. “However, because hunting is a natural cat behavior, few owners believed they could effectively control this without negatively affecting their cats’ welfare.”

Some cats catch multiple birds and small animals every week, while many others stay indoors and rarely prey on animals. Regardless, conservationists are concerned about the impact that hunters among the  UK’s 11 million cats may have on declining species such as house sparrows.

Some of the current methods used to prevent cats from hunting wildlife include the use of collars with bells and bright colors.

“Cat owners understandably make their pets’ health and well-being a priority, and many feel that cats need free access to the outdoors,” said Professor Robbie McDonald. “At the same time, having such independent pets creates extra anxieties for owners about both their cats’ safety while ranging free, and their impacts on wildlife.”

“We are working closely with cat owners and cat welfare organizations. Our aim is to find practical ways of reducing hunting, while enhancing cat health and welfare.”

Robert Middleditch is the chairman of SongBird Survival, the independent bird conservation charity that sponsored the study.

“We are very concerned about the significant adverse impacts that free-ranging domestic cats can have on our songbirds and other wildlife,” said Middleditch. “We are therefore delighted to have commissioned this important project, and believe that working with cat owners to find practical solutions, while promoting responsible pet ownership, can benefit both vulnerable wildlife and cats.”