How a tiny caterpillar might solve our plastic waste problem • Earth.com 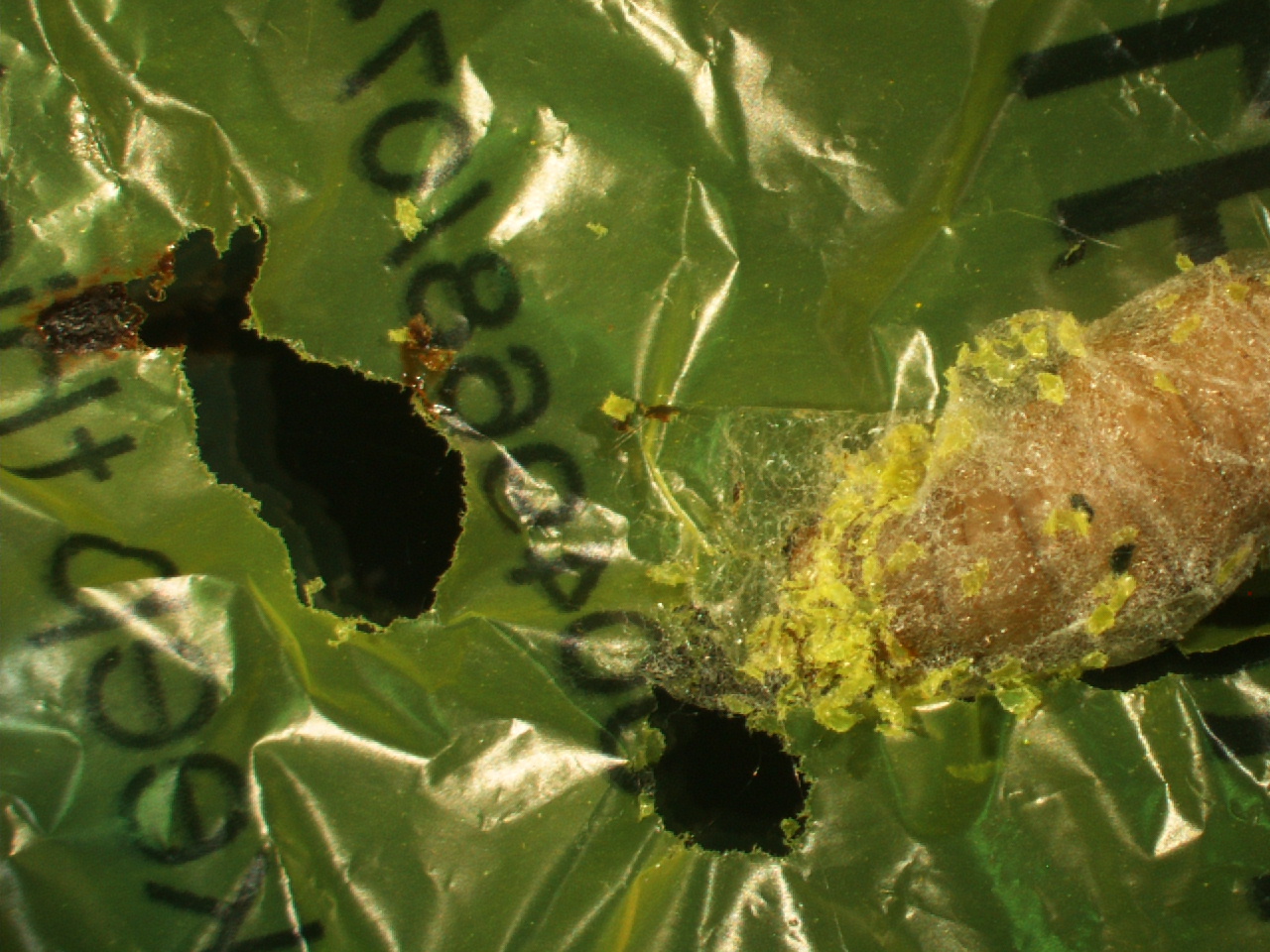 How a tiny caterpillar might solve our plastic waste problem

One of the most notable problems facing our environment today is the enormous amount of non-biodegradable plastic that is being dumped into landfills and swirling around our oceans. The inability for these plastics to breakdown over time has been an issue at the forefront of environmental research for years. But researchers may have just found a possible solution to this problem – and it comes in the form of a tiny caterpillar.

The caterpillars (commonly known as a wax worms) are usually born in beehives, where their moth parents lay eggs out of evolutionary habit. The worms hatch in the hive and grow on beeswax, which is made up of a diverse mixture of lipid compounds – not unlike many plastics.

It turns out that the stomach strength that allows these worms to eat and digest beeswax also allows them to digest polyethylene plastic – a discovery that Federica Bertocchini of the Institute of Biomedicine and Biotechnology of Cantabria in Spain made when she noticed wax worms creating holes in the plastic bags they were stored in.

“We have found that the larva of a common insect, Galleria mellonella, is able to biodegrade one of the toughest, most resilient, and most used plastics: polyethylene,” announced Bertocchini in a study published in Current Biology.

The researchers found that these wax worms were not only eating the plastic, but they were also chemically transforming the polyethylene to ethylene glycol. Scientists think it is likely that digesting beeswax involves breaking down similar chemical bonds to digesting polyethylene.

“Wax is a polymer, a sort of ‘natural plastic,’ and has a chemical structure not dissimilar to polyethylene,” explains Bertocchini. More research needs to be done to determine the molecular details of the digestion process, but these scientists believe they have found a biotechnical solution to managing polyethylene waste.

“We are planning to implement this finding into a viable way to get rid of plastic waste, working towards a solution to save our oceans, rivers, and all the environment from the unavoidable consequences of plastic accumulation,” says Bertocchini. “However, we should not feel justified to dump polyethylene deliberately in our environment just because we now know how to bio-degrade it.”