Catnip may give experts insight into cancer fighting treatments • Earth.com 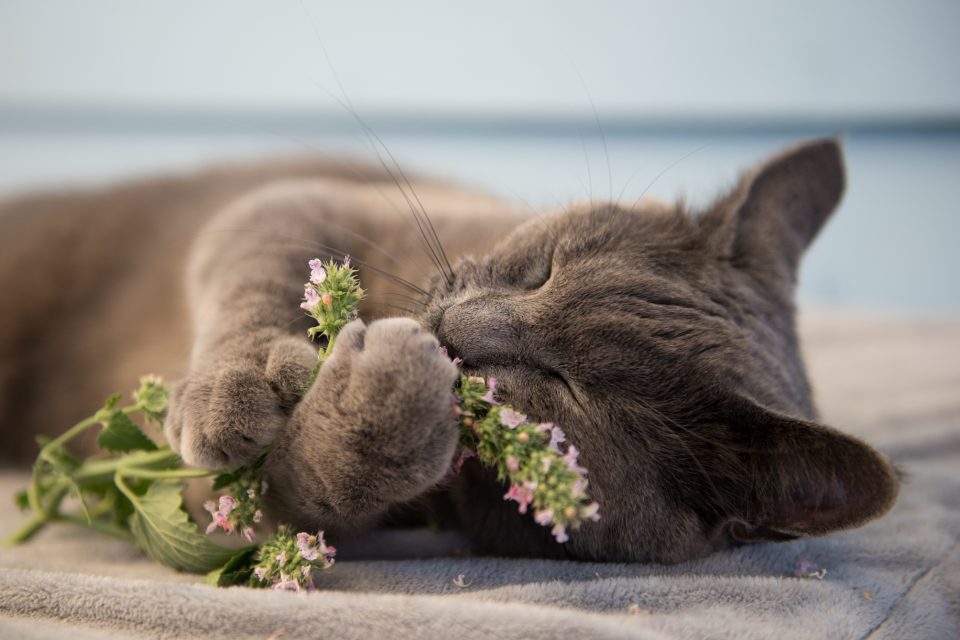 Catnip may give experts insight into cancer fighting treatments

Researchers at the John Innes Centre are providing new insight into how catnip produces the substance known as nepetalactone that sends cats into a state of ecstasy. The research could ultimately give experts easier and faster access to cancer fighting medications.

According to the research team, understanding the series of events that leads to the production of nepetalactone could be particularly useful in helping to identify how plants synthesise other chemicals like vinblastine, which is used for chemotherapy.

Nepetalactone belongs to a class of organic compounds known as terpenes, which are typically formed by a single enzyme in plants. The researchers have discovered that terpenes are produced in catnip through a two-step system. In this process, an enzyme activates a precursor compound which is then obtained by a second enzyme to produce the terpenes.

This is the first time that this two-step process has ever been observed, and the scientists believe that a similar process is responsible for the synthesis of the anti-cancer drugs vincristine and vinblastine.

Dr. Benjamin Lichman, who conducted the work while he was a postdoctoral researcher at John Innes Centre, is now a lecturer at the University of York.

“We have made significant progress in understanding how catnip makes nepetalactone, the chemicals that sends cats crazy,” said Dr. Lichman. “Catnip is performing unusual and unique chemical processes, and we plan to use these to help us create useful compounds that can be used in treatment of diseases such as cancer.”

Study co-author Professor Sarah O’Connor added, “Nepetalactones have potential use in agriculture as they participate in certain plant-insect interactions. In future work we will explore the roles that these compounds have in plants.”

The research is published in the journal Nature Chemical Biology.