Study: Humans perceive colors based on biology, not language • Earth.com 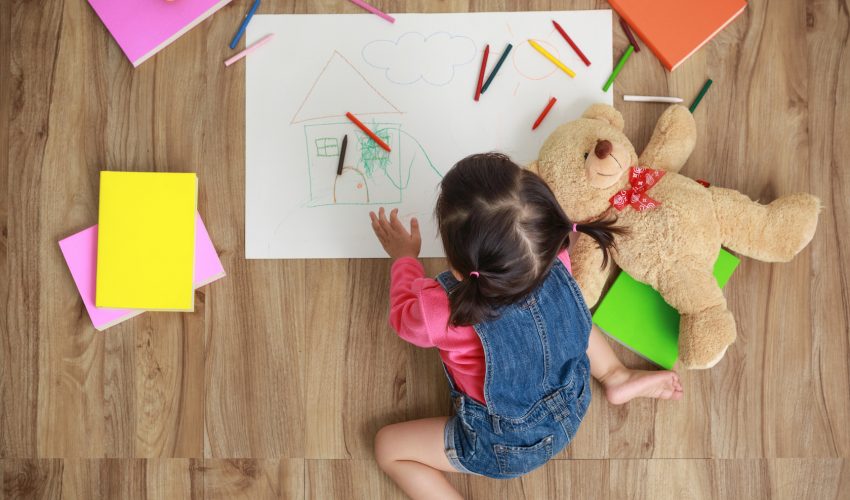 Study: Humans perceive colors based on biology, not language

When babies divide colors into categories, it’s rooted in their biology, not language, a new study found.

According to the study performed by the University of Sussex, humans see color as a result of cells known as cones, which are sensitive to either long, short or medium wavelengths of light. The way in which the brain interprets combinations of signals from these cells allows us to see a whole spectrum of color.

Previous research has shown that babies group colors based on their language, with different languages having different groupings.

The new study suggests there there is a biological origin to color categories, which is later influenced by culture and environment.

In the study, four of the infants’ color boundaries were found to map to the four extremes produced by signals from different cone types when they are combined and interpreted by the brain.

“These results are important because they strongly support the view that the universality of color categories seen in world languages has a biological origin, since color categorical structure is demonstrated long before infants ‘learn’ their native words for the color categories,” Delwin Lindsey, professor of psychology at Ohio State University who was not involved in the work, told the Guardian.

After children have developed language skills, their color categorization can be changed, researchers said.

“If you [use] a language that doesn’t make a distinction between green and blue, for example, then as they grow up babies and children learn to no longer make that distinction,” Alice Skelton, first author of the research and a doctoral candidate at the University of Sussex, told the Guardian.

Research should now explore how categories shift as we develop language, she said.

Writing in the journal Proceedings of the National Academy of Sciences, Skelton and colleagues describe how they analyzed the response of 176 babies, between four and six months old, to patches of color.

From the webcam recordings, the team examined a phenomenon known as novelty preference: when babies look longer at a “new” color they perceive it to be different to a familiar one.

If a baby consistently looks longer at the new color – it suggests the color is perceived as belonging to a different category.

The team then compared these color categories to those found in English, and to 110 languages from non-industrialized countries.

The results revealed that babies have five color categories: red, yellow, green, blue and purple. The team then compared these color categories to those found in English, and to 110 languages from non-industrialised countries.

“This [new study] is adding to a solid body of work showing that babies, before they have learned any kind of mastery of their language, are already busy [making] the building blocks of the concepts that they are going to have,” Asifa Majid of Radboud University in the Netherland, told the Guardian.

It is still possible that the colors that babies are surrounded with from birth – for example in baby toys – could be preconditioning them to categorize colors in a particular way, Majid said. The study should be repeated with babies from different cultures to explore whether the five categories are truly ubiquitous, she added.