Cause of mysterious air pollution in Eastern China identified  • Earth.com 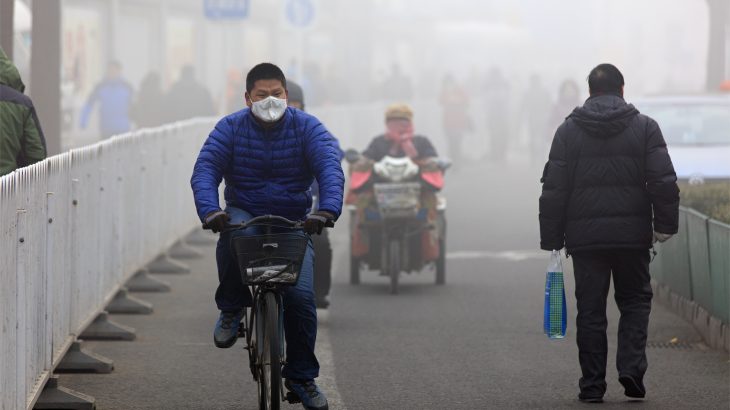 Cause of mysterious air pollution in Eastern China identified

During the Chinese Lunar New Year of 2020, China was in a state of lockdown in an effort to contain the COVID-19 outbreak. Human activities slowed, and China’s emissions dropped dramatically. Meanwhile, however, a severe haze with high concentrations of fine particulate matter appeared over Eastern China.

A new study published by Wiley suggests that the mysterious pollution is linked to the interactions of secondary aerosols with long-range transport.

On January 23, 2020, the government in central China imposed a lockdown across Hubei province including Wuhan, the epicenter of the COVID-19 outbreak. One week later, the World Health Organization declared that the new coronavirus was a Public Health Emergency of International Concern (PHEIC).

Unfortunately, the travel restrictions came a little too late in Hubei province. The coronavirus outbreak coincided with the country’s Spring Festival, and it is estimated that about 5 million people left Wuhan – a major transportation hub – during the travel rush just before the shutdown.

With the virus spreading, all local governments responded and enforced restrictions. Studies estimate that during lockdowns, energy production was reduced by a third and transportation decreased by more than 70 percent. As CO2 emissions dropped drastically, experts were puzzled by the appearance of a thick haze over Eastern China. The concentrations of fine particle pollution more than doubled in this region during the New Year Holiday (NYH-20) and the COVID‐19 outbreak.

To investigate, a team of researchers including Professor Yunhua Chang and Professor Ru-Jin Huang analyzed the presence of aerosols at an urban site in Shanghai before, during, and after the New Year Holiday in 2019 and 2020.

“We compared the chemical composition and formation processes of the aerosols, as well as meteorological conditions, between the two periods in order to gain clues on the haze event puzzle in NYH‐20,” wrote the study authors.

The analysis revealed that the persistent haze during the COVID-19 pandemic was likely caused by secondary aerosol formation that interacts with long-range transport.

“We show that particulate nitrate formation can be largely enhanced during lasting regional transport, suggesting that differential transport patterns, rather than local emissions, may be responsible for fluctuations in aerosol concentrations,” wrote the researchers.

“The results of this study highlight that regional joint management efforts and control strategies are required to effectively clear China’s air.”

“Additional studies are needed to pinpoint the role of atmospheric oxidation capacity – which is affected by emission reductions of air pollutants – in the formation of secondary aerosols,” said Dr. Huang.